The design review panels provide the opportunity to test design ideas, especially in the early stages of concept development, with follow up recommendations provided.

To achieve the most design benefit and value for your project and location, it’s advised to seek advice in your proposal’s early concept stages.

Working with a design review panel

They can provide advice when:

If requested by a developer or property owner, the design review panels can also consider design proposals related to other District Plan zones within Lyttelton or Akaroa.

The role of a design review panel

The panels are not a decision-making body and have an advisory role only.

Recommendations may be considered among other matters and on balance, by a planner processing a resource consent, where the recommendations are applicable to District Plan matters of assessment.

Decisions about resource consent applications rest with the Council or the delegated decision-making body, such as a commissioner.

Contact a Council planner or urban designer on 03 941 8999 for more information about the design review panels or to arrange a design review. 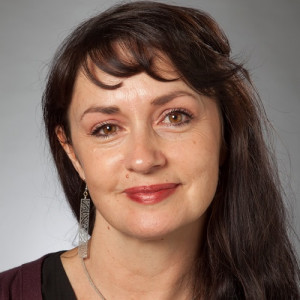 Debbie Tikao is the Ōnuku Rūnanga representative on the Akaroa Design Review Panel. She is an NZILA Registered Landscape Architect with 24 years of experience.

Debbie is the manager of te Taiao Portfolio for Ōnuku Rūnanga, the General Manager of Matapopore, and a panellist on the Christchurch City Council Urban Design panel.

Over the past 8 years, she has worked closely with rūnanga, local and central government to ensure post-earthquake Christchurch embeds the values and stories of Mana Whenua and emerges as a 21st-century city rich with meaning and character that expresses our dual histories and treaty partnership. 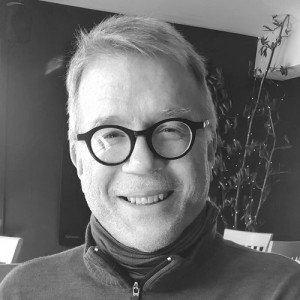 Hugh is the principal at UrbanShift, an urban design and landscape architecture consultancy based in Christchurch.

He has extensive experience and understanding of urban design principles and best practice with thirty years of experience in private practice, local government, and government agencies.

Hugh was the principal urban designer at the Christchurch City Council after the Canterbury Earthquakes in 2010 and 2011 and played a leading role in recovery planning and the hugely successful Share an Idea public engagement campaign. Subsequently, he was the design lead for the Ōtākaro Avon River Red Zone where more than 5,400 houses were removed after the earthquakes.

He has been extensively involved in the rebuilding of Christchurch and Christchurch's internationally recognised programme of transitional projects. He has particular interests in spatial planning, disaster recovery and green infrastructure, and is passionate about creating cities and towns for people. 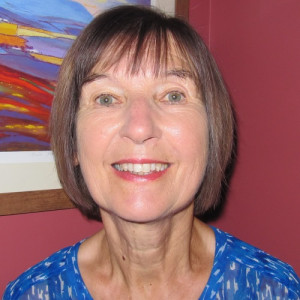 Janet is a retired Urban Designer and Town Planner who has lived on the Peninsula for many years.

She has extensive private sector and local government experience in New Zealand and overseas.

Over the decades she has been involved in numerous projects in small settlements and is familiar with character and design issues in Akaroa, particularly having worked with Christchurch City Council staff to prepare the Akaroa Residential Character Area Design Guide. 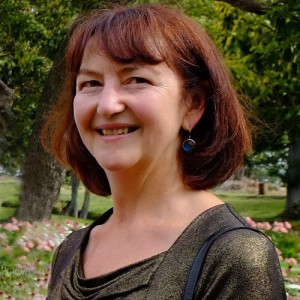 Lynda has been working in the heritage sector for 40 years, in heritage property management and as a museum director. She has a background in fine arts (photography), and a post-graduate qualification in Museum Studies.

Her interest in New Zealand history and the conservation of heritage buildings led her to further study these subjects.

Lynda has been living in Akaroa for 20 years during which time she has developed a deep understanding of the evolution of the town, its streetscapes and its individual buildings. 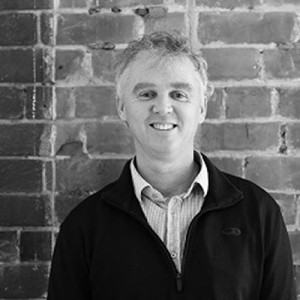 William is an Architect who has worked in the Canterbury region for over 20 years. During that time he has been involved in many projects on the Banks Peninsula, especially in the Akaroa basin.

He has a background in Landscape Architecture and a special interest in Heritage Conservation.

This experience means that he has an appreciation of both our cultural and natural environments, and recognises the importance of the dimension of time in the places we inhabit. This involves both the past, the present and the future.

He is a member of the Christchurch Urban Design Panel and was previously on the Akaroa Design and Appearance Advisory Committee.

William is also a trustee of the Parkinson Park Memorial Trust which assists Heritage projects on and around the Banks Peninsula. 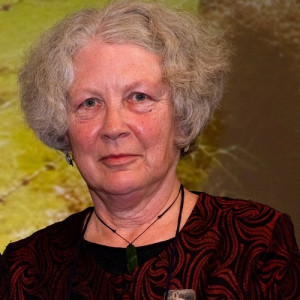 Victoria has served on the board of the Akaroa Civic Trust since 1996. She was instrumental in supporting Ōnuku Rūnanga in its efforts to protect Takapūneke, a nationally important cultural site.

She has written many articles on heritage topics and contributed to several publications, including City and Peninsula: The Historic Places of Christchurch and Banks Peninsula which was produced for the 2007 UNESCO World Heritage conference held in Christchurch.

Her advocacy work was recognised by the Christchurch Heritage Trust when she received the Award for Heritage Advocacy in 2010.

She was involved in the registration of Akaroa’s Historic Area by the New Zealand Historic Places Trust (NZHPT 7443 - February 5, 1999) and assisted in drafting the Akaroa Design Guidelines.

She supports maintaining and protecting Akaroa’s historic character, natural amenity and cultural heritage while allowing for change which are the primary objectives of the Civic Trust. 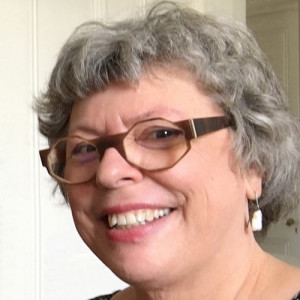 Wilkinson is a Ngāi Tahu artist and her thirty-year creative practice engages with Māori philosophies and knowledge unique to Te Waipounamu the South Island of New Zealand.

Wilkinson’s interest to progress mātauranga Māori has led to contractual work with iwi agencies such as Matapopore and Aukaha charged with installing Ngāi Tahu identity in public built environments.

Her other community roles include the Māori Arts Advisory Committee for Te Matatiki Toi Ora, The Arts Centre and Oxford Arts Trust.

Wilkinson is a Masters supervisor for the School of Fine Art, at the University of Canterbury in Christchurch and her artwork is well represented in New Zealand collections. 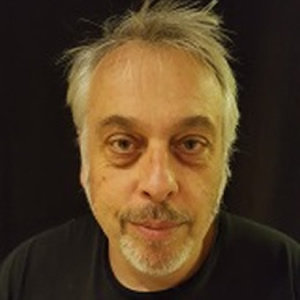 Bruce has lived in Lyttelton since 1994 and has been involved with local primary school governance as well as community initiatives in the arts and built environment.

He has worked professionally as an archivist, an information designer and an educator. He currently manages the Art and Design programmes at Ara Institute of Canterbury.

He has published several books on sound art and has an interest in community arts development and how this can build community capability and resilience.

Since the earthquakes, he has commented on the rebuild in various published writings and public speaking. His interests include sound, time and memory; as well as psychogeographical research.

Bruce values Lyttelton as both a built landscape and as a historic municipality with intersecting and overlapping layers of community interest which are very distinct from other nearby localities.

Members of his family have lived in Lyttelton for over 150 years. He is committed to using his capabilities to support all the communities of interest that call Lyttelton home. 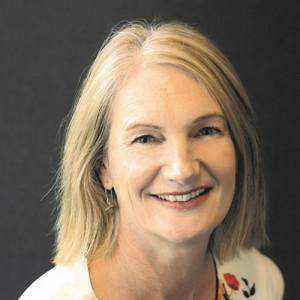 Jane is a qualified Urban Designer and an Associate Partner at Boffa Miskell in Christchurch.

Jane has 25 years of experience in New Zealand and overseas in both the public and private sectors on a range of urban projects, including concept master plans, design guidance, design review and policy development.

Jane regularly provides advice on urban design matters for development proposals, often presenting urban design evidence at hearings, and this experience will be of value to the Panel.

Achieving quality built environments is a passion of Jane’s. She uses her in-depth understanding of urban design principles and practice and applies these to the local context in a creative way.

Jane has a strong interest in urban character and amenity and prepared the Design Guidelines for the Te Ana development in Lyttelton.

In conjunction with being a qualified Urban Designer, Jane is an experienced Crime Prevention through Environmental Design Practitioner and strives to ensure the promotion of safe communities through design. 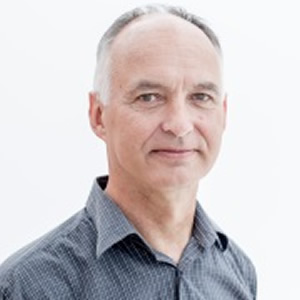 Jasper has been a member of the Christchurch Urban Design panel since 2008 and is one of the Directors at Sheppard and Rout Architects.

Urban Design and the quality of the built environment is a real passion and interest which has been further heightened and thrown into sharp focus post-earthquake.

Jasper was the NZIA Canterbury Branch Chair from 2010 to 2012 during the quakes, helping coordinate the local architects' response and assistance during this time.

He is currently the national NZIA councillor with the term running from 2014 to 2017. He was the national convenor for the New Zealand Architecture Awards in 2016.

Quality of architecture, the spaces that form the backdrop to an individual and communities lives, and the history and context that inform these places and give them relevance and meaning are all critical to us as a people and a culture and should be the best they can be.

It is these values Jasper would like to advocate for in his role as urban design panellist for Lyttelton. 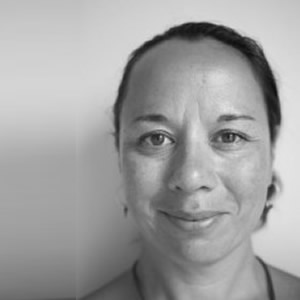 She has worked as both a practicing architect and design educator (University of Auckland, Unitec) and currently runs a design consultancy, ITI kura toi.

In recent years, Keri has been engaged by Matapopore Charitable Trust, an organisation established by Te Ngāi Tūāhuriri Rūnanga, to manage mana whenua cultural engagement in Christchurch’s central-city rebuild. In this role, she has contributed towards a number of central- and local-government-led anchor projects.

Keri’s particular strength is the integration of mana whenua values and aspirations within architectural, spatial, landscape and urban design. 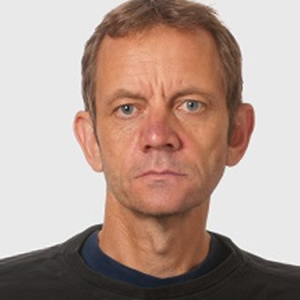 Roy is a Senior Lecturer in Urban Planning and Environmental Management at Lincoln University.

He holds a Masters degree in Resource Management from the University of Canterbury and has taught courses in Heritage Conservation.

He specialises in Planning History and Disaster Risk Reduction.

Roy has extensive knowledge of the architectural and social history of Lyttelton and has been a member of both the Lyttelton Volunteer Fire Brigade and the Lyttelton Historical Museum Society.

He is also involved in Community Emergency Response Planning and was a founding member of Greening the Rubble.