Have your say on the proposed changes and let's work together to create a safer neighbourhood for everyone.

Consultation on the Opawa neighbourhood safety improvements has now closed. People were able to provide feedback from 8 April to 3 May 2022. During this time we heard from 139 individuals and groups. The table of consultation feedback [PDF, 18 MB] is now available.

An updated plan was taken to the Waikura Linwood-Central-Heathcote and Waihoro Spreydon-Cashmere Community Boards on 15 June 2022. These Community Boards recommend that Council approve the plans with further 30km/h speed limits on the following streets:

Council approved this plan without any further changes on Thursday 7 July. You can view the meeting minutes, which include the formal resolutions, online at christchurch.infocouncil.biz.(external link) You can also view the recording of the decision being made here(external link). 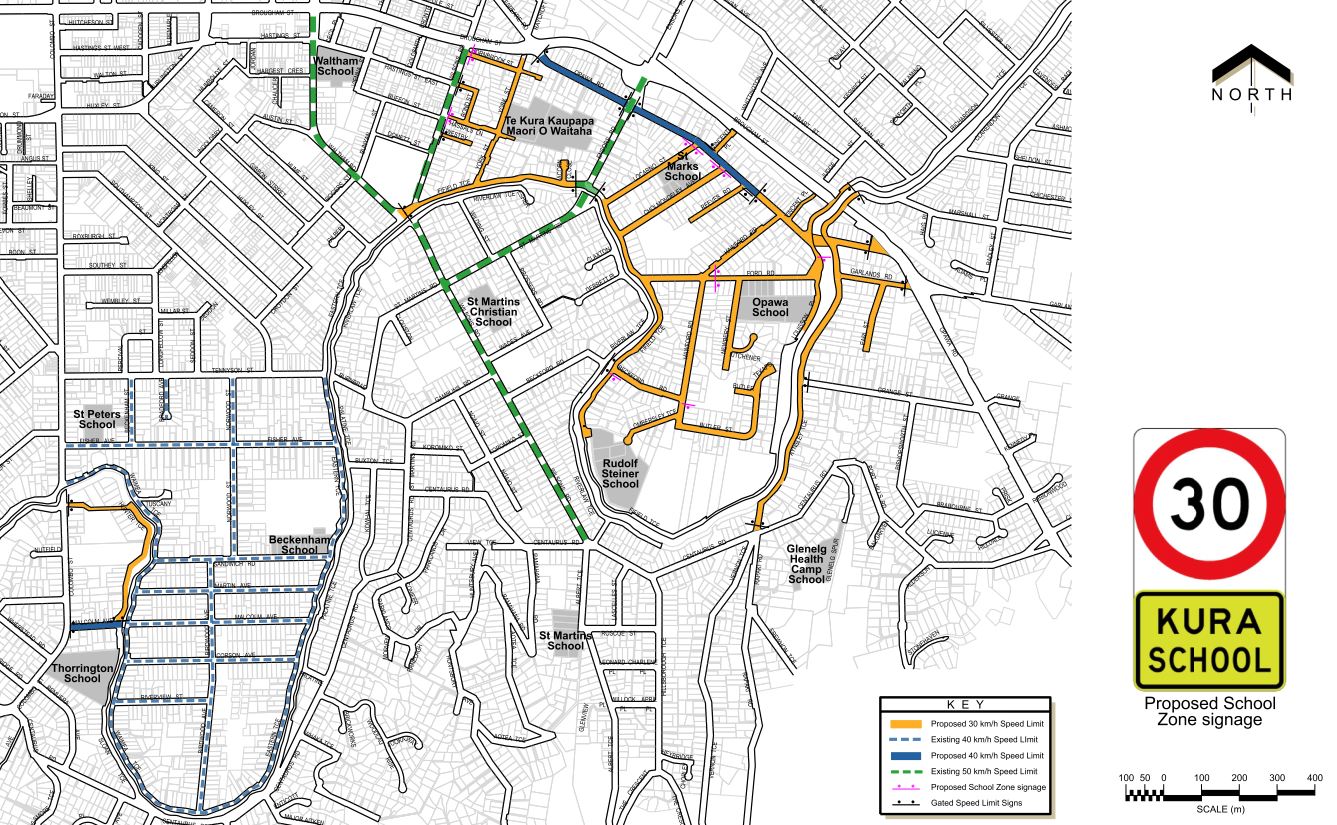 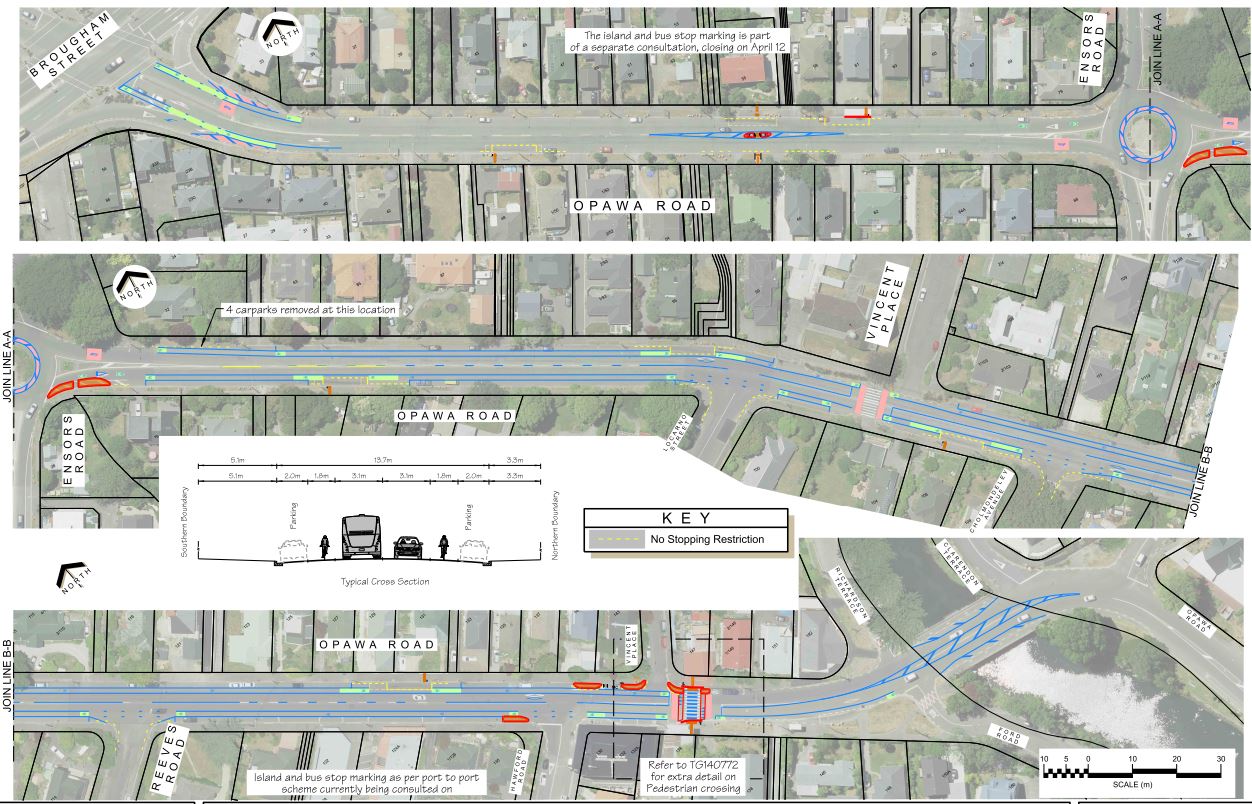 We’ve heard community concerns about vehicles travelling at excessive speed through Opawa streets and there have also been a number of minor crashes in the area over the past few years.

To address these concerns we’re proposing to reduce the speed limit from 50 km/h to 40km/h and 30 km/h on selected streets in the Opawa/Beckenham, add a cycle lane on Opawa Road, as well as upgrade the crossing on the corner of Opawa Road and Vincent Place.

This change will make your neighbourhood safer, no matter whether you walk, scoot, cycle or drive.

This proposed speed reduction is part of the Slow Speeds Neighbourhood programme focused on identifying areas in Christchurch where the community has expressed support for slower speeds. This is part of the central government Road to Zero programme(external link).

We’re proposing to reduce the speed from 50 km/h to 40km/h and 30km/h on the road network pictured on the map below. 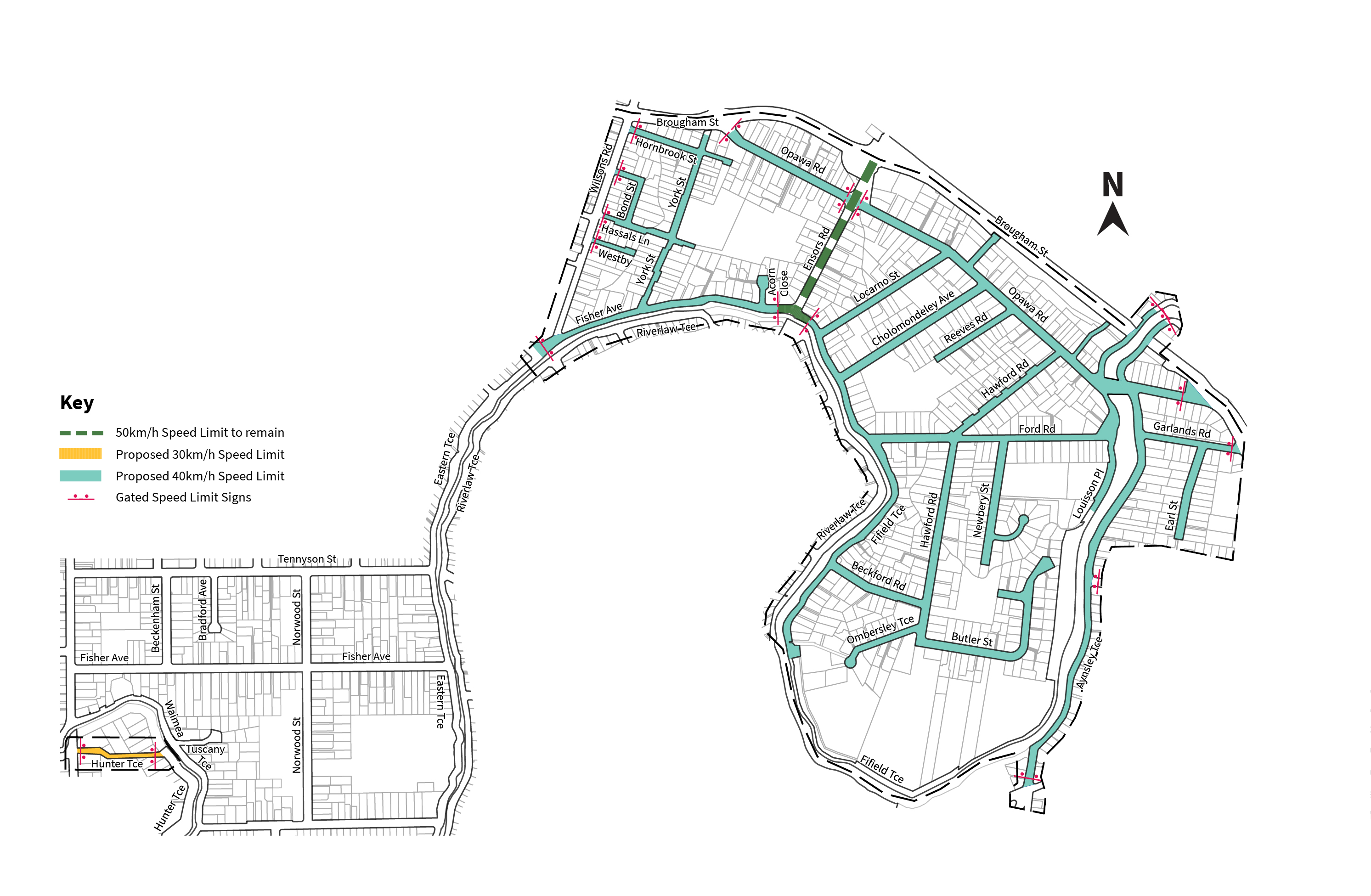 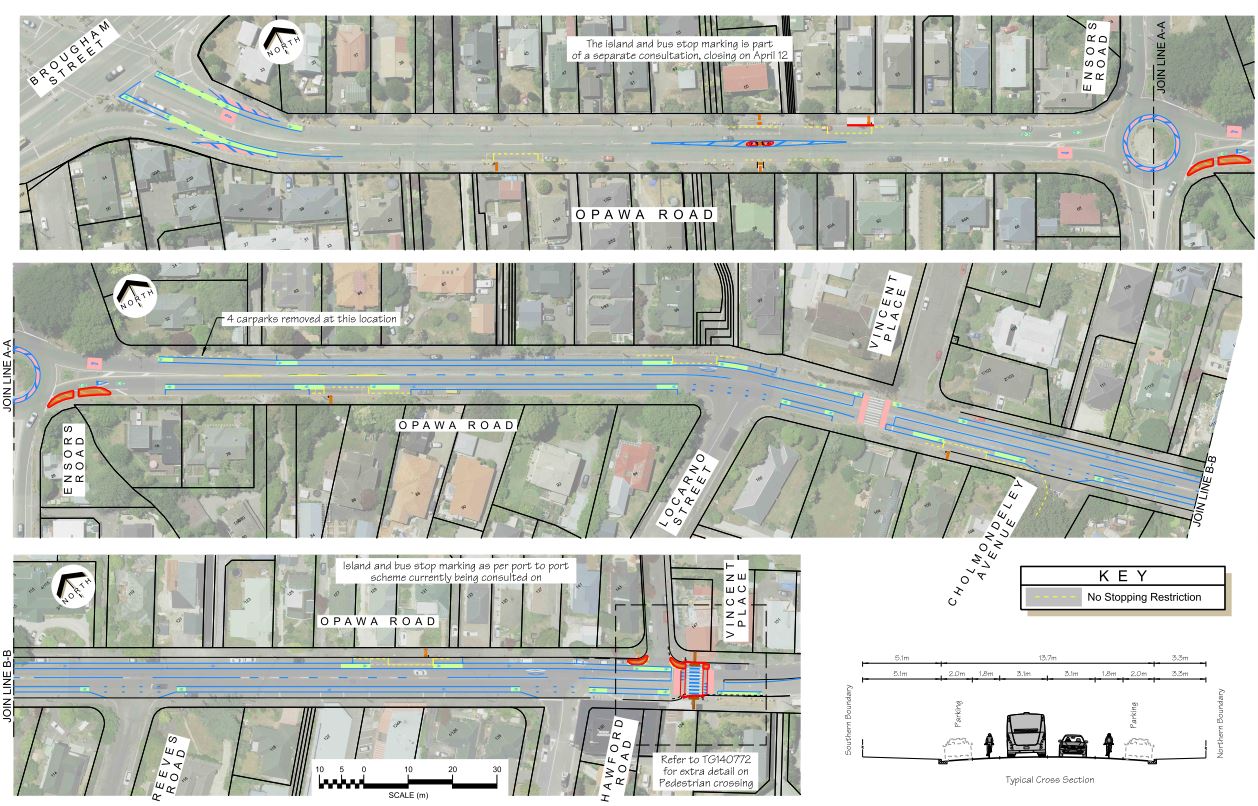 Concerns have been raised with Council a number of times regarding the safety of the Opawa shops pedestrian crossing on Opawa Road, near its intersection with Vincent Place. The main concerns relate to poor driver compliance with the zebra crossing, traffic speed, near misses and low-speed collisions.

The proposal is to: 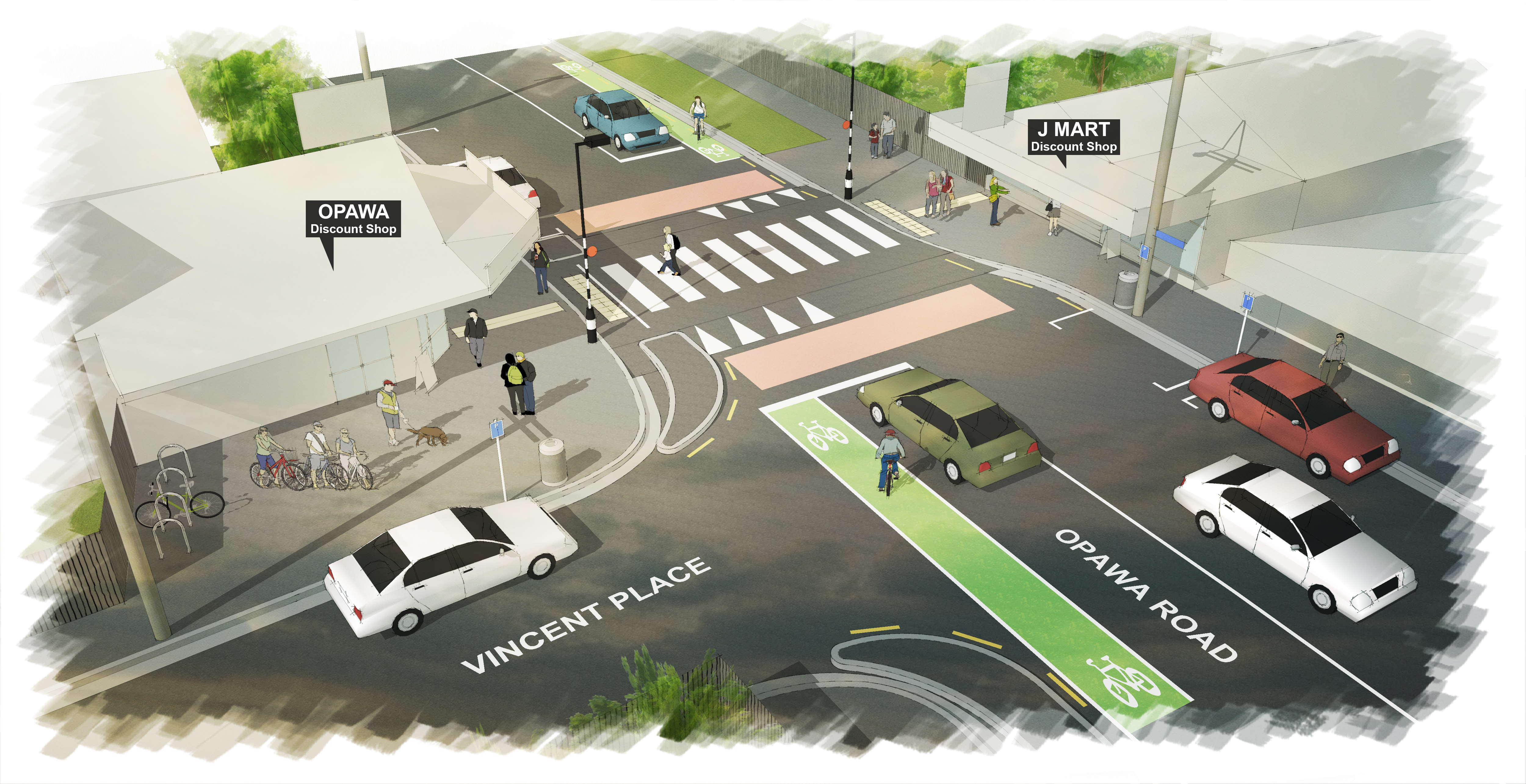 The main purpose “Slow Speed Neighbourhoods” is to create a safer and quieter street environment for all residents and road users. Slower speeds are expected to reduce the occurrence of crashes and their severity if they do occur. The OECD’s International Transport Forum Speed and Crash Risk report(external link) outlines the relationship between speed and crash occurrence and severity. It shows that if impact speed increases from 30 km/h to 40 km/h the risk of fatal injury to a pedestrian or cyclist is about doubled. Other internationally adopted research supports the recommendation that relatively small changes in speed can have a high impact on crash survival rates.

How does Council choose the neighbourhoods to reduce speed?

How will this be enforced?

Christchurch City Council notify the Police through consultation and prior to a speed limit changing of the new limits. We typically do request that monitoring of the new speed limit is undertaken at Police discretion, however we have no control over Police resourcing/allocation of effort. Therefore, the task of increasing enforcement in the area sits with the Police. Council works closely with Police however and can raise this as a concern in this area.