The Bandsmen's Memorial Rotunda is a well-known landmark in the Christchurch Botanic Gardens. 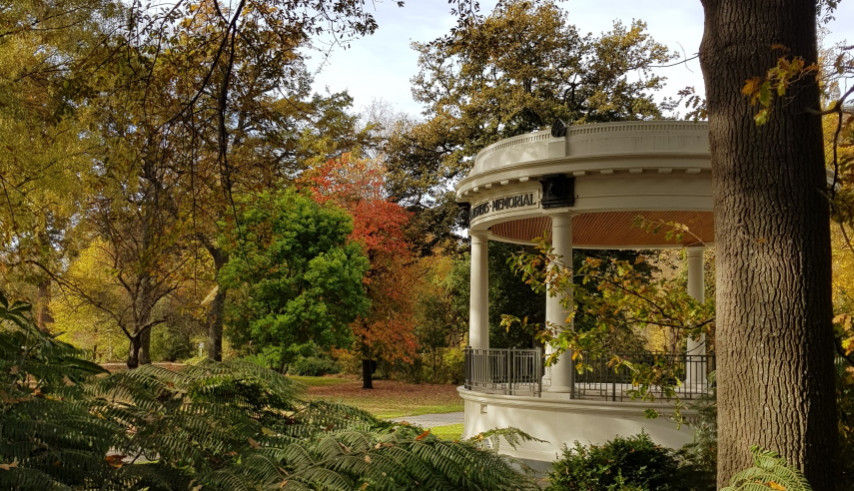 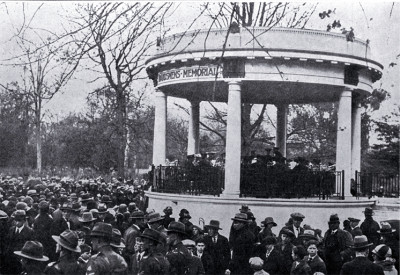 The Bandsmen's Memorial Rotunda was erected in 1926 to commemorate bandsmen who died during the First World War. The memorial is one of few in New Zealand commemorating a community created by war itself.

The military presence in New Zealand in the late 1800s lead to the establishment of brass bands. Soon, clubs and workplaces were forming bands to play at parades, sporting events and protests and brass bands became a popular form of public entertainment.

Bandsmen were highly prized by the military and during the First World War they played at burials, entertained troops in their downtime, lead marches, boosted morale with their music and sometimes doubled as stretcher bearers. They often performed these duties under heavy fire.

On 19 September 1926, the Bandsmen's Memorial Rotunda was officially opened by MP Sir Heaton Rhodes. Rhodes, a Colonel in the war, recounted that after Gallipoli only one band could be formed from the four that went to the battle as casualties were so heavy. It was estimated that between 500 and 600 bandsmen had been on the battlefields of France.

Until the 1950s, brass bands would regularly play at the Bandsmen's Memorial Rotunda and many Christchurch residents would gather for concerts on a Sunday afternoon. 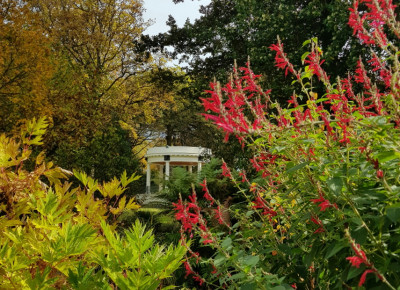 A view to the Bandsmen's Memorial Rotunda

The memorial was designed by S. and A. Luttrell Brothers, one of the leading architectural firms in the city at the time. The Luttrell Brothers designed innovative commercial buildings as well as churches and racing grandstands. They were responsible for the Isaac Theatre Royal and Rose Chapel among other Christchurch icons.

The roof of the rotunda is carried on six Doric columns which rest on a raised base with a wrought iron balustrade. Above the columns sit striking lion head reliefs. The rotunda was originally designed to support a dome, to be built at a later date as funds allowed, which would have given the structure the appearance of a classical tempietto. The dome was never built.

In the mid 1990s, the original columns were replaced as they had deteriorated beyond repair due to water damage compromising the reinforcing. They were reconstructed using the same materials and finishing as the original columns. The rotunda was significantly damaged in during the 2010/2011 Canterbury earthquakes but has since been repaired and is once again, open for use.

Situated in Harman's Grove, the memorial looks over the Woodland Garden, which is full of primulas and surrounded by Turkish oak trees. This was thought fitting for those who died at Gallipoli. In spring, a sea of daffodils surrounds the rotunda. 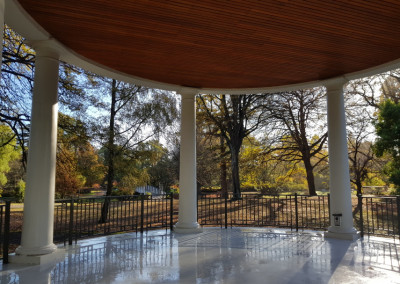 A view from the Bandsmen's Memorial Rotunda

The Bandsmen's Memorial Rotunda has been, and remains, a popular venue for a wide range of musical entertainment, from brass and pipe bands to string quartets.

It is often used for functions such as weddings.

Find out about booking this venue.