Canterbury Museum has applied for permanent and temporary easements over the Botanic Gardens reserve for the redevelopment of its Rolleston Avenue buildings.

Canterbury Museum is planning a multimillion-dollar redevelopment of its Rolleston Avenue buildings(external link) and intends to base isolate Robert McDougall Gallery and the Roger Duff wing, which adjoins the 19th century Mountfort building.

As these buildings sit against the boundary of the Botanic Gardens, the underground base isolation retaining wall and ‘rattle space’ – the space for the building to move in an earthquake – will need to be built underground in Botanic Gardens reserve land.

The Museum has applied for permanent and temporary easements for this work: 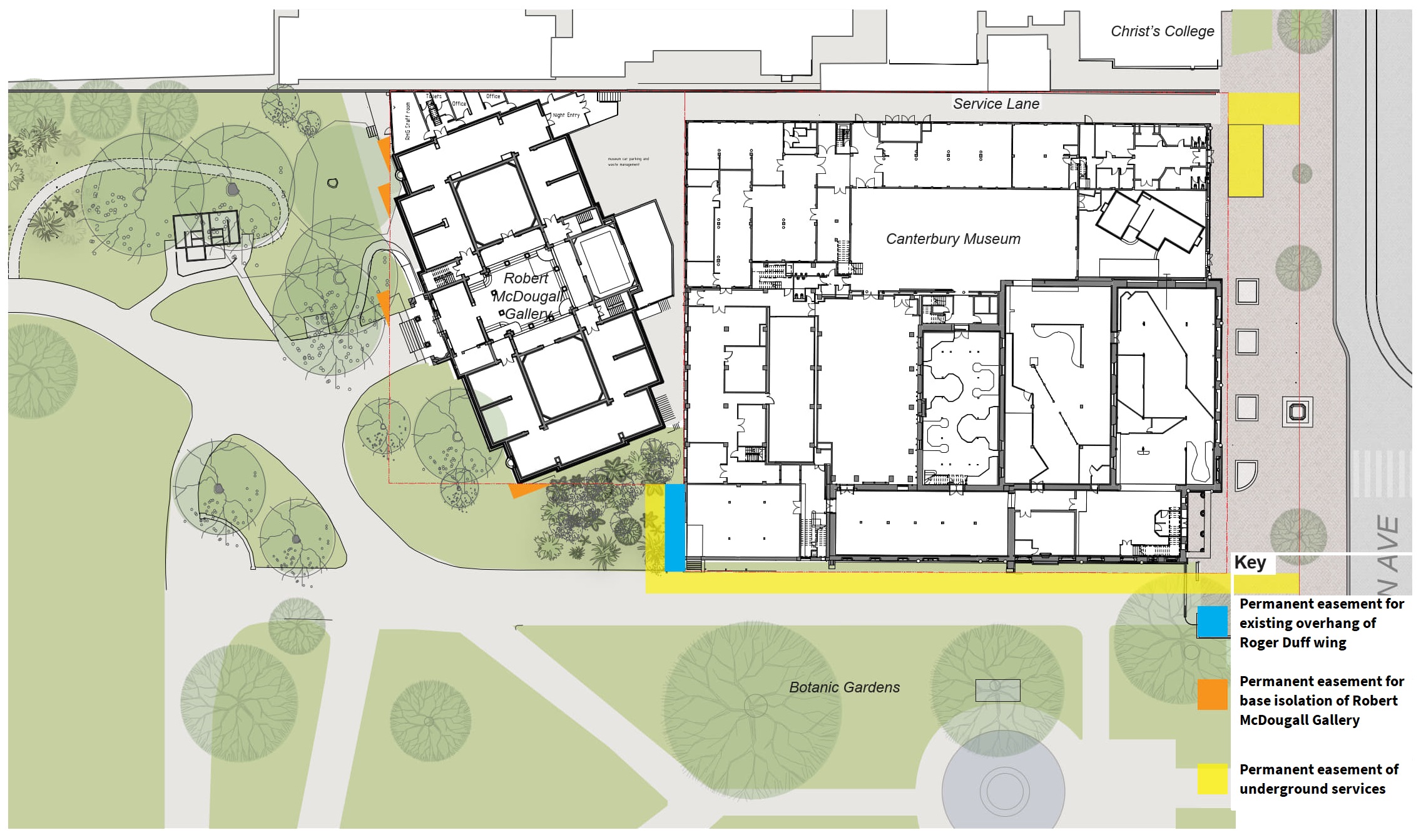 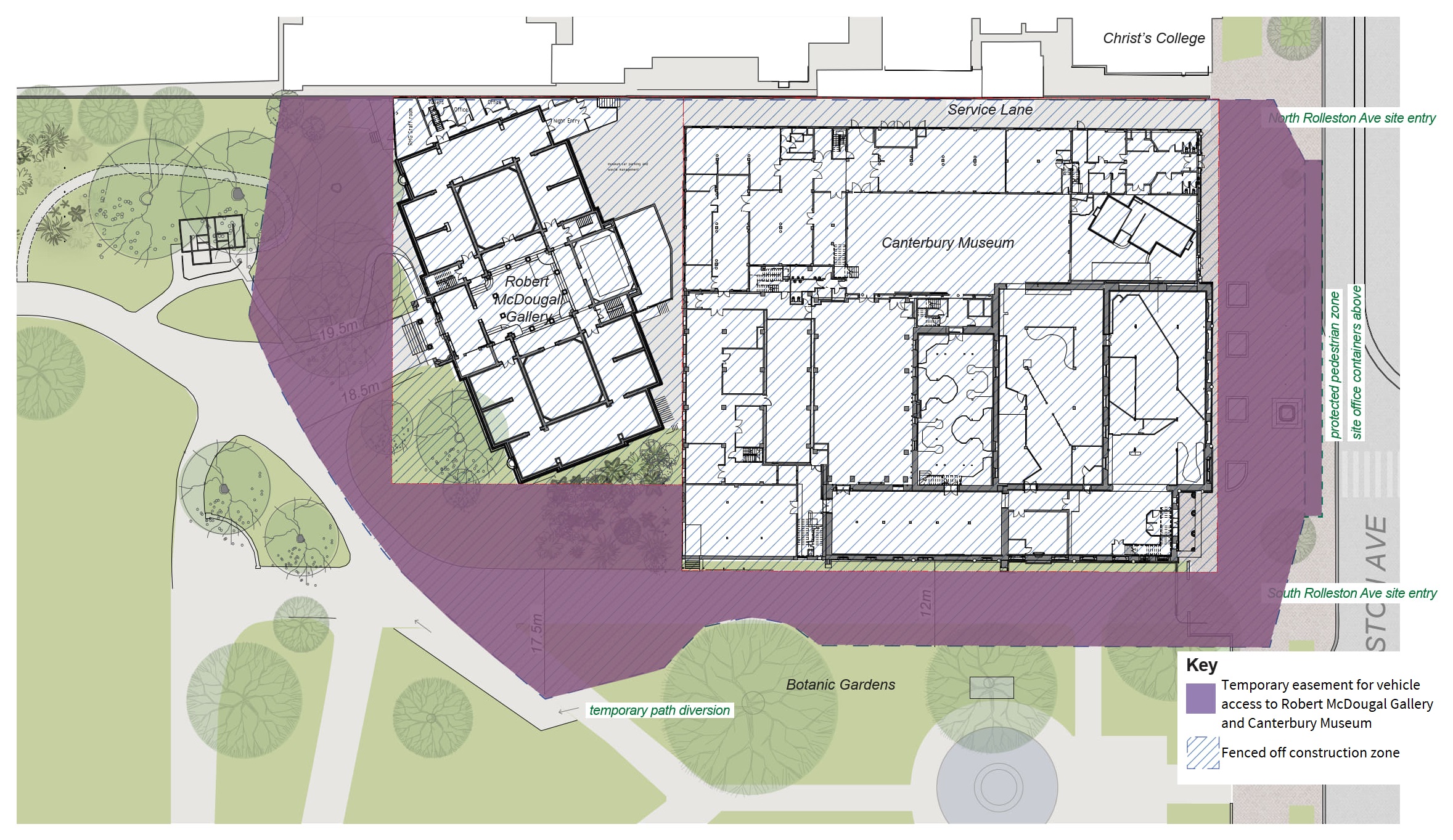 Download the plan for the permanent easement application [JPG, 701 KB]

Download the plan for the temporary easement application [JPG, 1.1 MB]

What is an easement?

An easement is a right agreed between a landowner and another party to use a property for a particular purpose and can be registered against the property's title. We often grant easements over our land for pipelines, electricity supply transmission lines, or to establish rights of way.

Temporary Right of Way easement (5 years) for truck access from Rolleston Avenue, through Botanic Gardens to Robert McDougall Gallery, for construction works (including the Museum frontage along Rolleston Ave).

The trees and plants to the west of the Robert McDougall Gallery were identified for removal in the 2017 Botanic Gardens Spatial Plan(external link). Two lime trees at the front of the Museum on Rolleston Ave will be removed and the Museum will replace these with four new trees once work on-site is complete.

The temporary easement would reduce the width of the well-used shared path on Rolleston Avenue. If the Museum’s easements application is approved, a separate transport project will be trialled during the construction period to improve safety for people travelling along Rolleston Avenue, particularly for those who walk, scoot and cycle.

We still need to complete the details of the design and complete further internal and external engagement but conceptually this would include:

New entrance gates to the east of Peacock Fountain are included in the 2017 Botanic Gardens Spatial Plan(external link). We aim to have this new entrance open before works begin.

Public hearings are expected to be held in November 2022, subject to change. The hearings panel will then provide a recommendation to Council who will make the final decision on approval of the easements.

If approved, the Museum will start redevelopment works in 2023. The full extent of the temporary easement won’t be needed until the end of 2023 and will be in place for approximately five years.