We want to know your thoughts on the draft Huritini/Halswell River Stormwater Management Plan. 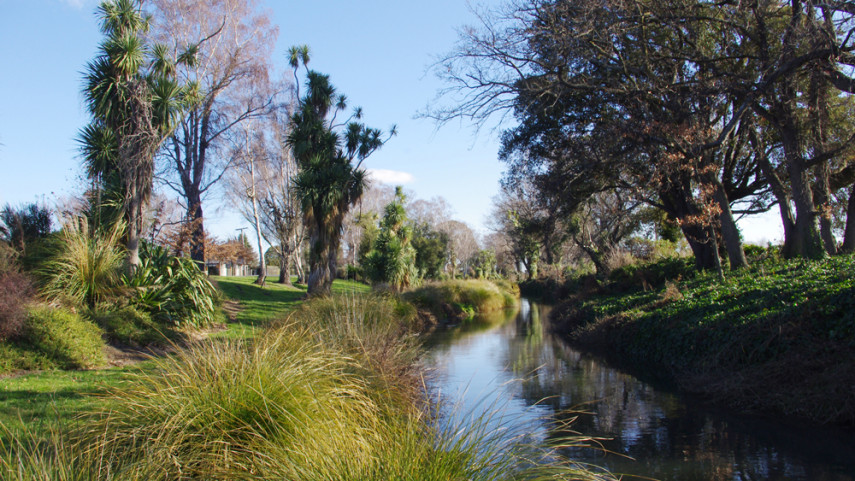 This draft Stormwater Management Plan sets out what we need to do in order to meet the conditions of the Comprehensive Stormwater Network Discharge Consent (CSNDC).

The catchment of the Huritini/Halswell River spans most of the western fringe of the city, from the intersection of Chattertons and Langdales roads north of Templeton, to Old Tai Tapu Road, where the river leaves the city boundary. This area is 3,800 hectares.

The catchment has a varied and sensitive water environment, characterised by the temporary upper reaches of tributaries and a number of built drains, natural springs and ponding areas. The area includes Nottingham and Knights streams, and the suburbs of Wigram, Halswell, Cashmere and Hornby.

The main issues for this draft stormwater management plan are the water quality and ecological health of the waterways as they are affected significantly by rural and urban land use.

The limited capacity of the Huritini/Halswell River system also means the Halswell District Drainage Scheme relies on temporarily storing surface water on low-lying agricultural land. This ponded water drains slowly, and this could be made worse if urban runoff increases.

All waterways in the Huritini/Halswell River catchment are affected significantly by rural and urban land use, including the depletion of groundwater. The catchment’s aquatic life is similar to that of other modified lowland streams in Canterbury and New Zealand, and its streams generally have low ecological value. However, two sites in the Quaifes Road spring-fed drain network were assessed as having high ecological values compared to other waterways in the catchment.

Te Waihora/Lake Ellesmere is the receiving environment for the Huritini/Halswell River catchment. It is recognised as a wetland of international significance under a National Water Conservation Order and also supports a commercial eel fishery. The fact the lake is only occasionally opened to the sea increases its vulnerability to a build-up of a range of contaminants.

The limited capacity of the Huritini/Halswell River system means the Halswell District Drainage Scheme relies on temporarily storing surface water on low-lying agricultural land. This ponded water drains slowly, and this could be made worse if urban runoff increases.

Water is a taonga (a treasured natural resource) and represents the lifeblood of the environment for tangata whenua. A relationship with the environment is central to Maori creation stories, spiritual belief, and ways to manage resources.

Land, water and resources are a statement of identity. In a particular area, they relate to a group’s origin, history and tribal relationships.

The whakapapa of a waterway would determine its use in tohunga (spiritual), waiwhakaheketupapaku (burial sites), waitohi (spiritual use), waimataitai (coastal mix of fresh and salt water, estuaries), waiora (spiritual healing water), and mahinga kai (food gathering).

The maintenance of water quality and quantity is perhaps the greatest resource management issue for tangata whenua. All waterways are a major feature within the landscape and should remain as a feature. Culturally, all waterways are significant and come together as one. Waterways begin as rain drops and connect together as streams, lakes, estuaries, and wetlands, all leading to the sea.

The outer margin of the lake was also much larger – a vast swampland complex of tall raupo, flax/harakeke, toetoe, sedges/mania and rushes, interspersed with higher, drier strips of land where tussock grasses, tutu and bracken fern grew. There were a large number of settlements and mahinga kai (food gathering) sites along the spit.

Today, Lake Ellesmere/Te Waihora remains a mahinga kai of great importance to Ngāi Tahu.  Of all the resources gathered from Lake Ellesmere/Te Waihora the fish are most valued.  These resources are considered taonga (treasured for food and cultural identity), because they have supported life and an industry for the area and those who have lived there.

What we know about sediment

What we know about copper

What we know about zinc

1.2       To have 100 per cent of stormwater treatment facilities built and operating to Waterways and Wetlands Design Guidelines standards.

1.3       To have less than 5 per cent of all consented construction activities on the flat reported non-compliant due to sediment discharges – by 2025.

1.4       To have less than 10 per cent of all consented construction activities on the Port Hills reported non-compliant due to sediment discharges – by 2025.

1.5       To investigate ways to reduce the environmental effects of sediment discharges – by 2022.

1.8       Work with farmers to control sediment from erosion sites on Port Hills farms, with subsidies as needed to speed up controls – by 2030.

2.1     To have 100 per cent of stormwater treatment facilities constructed and conforming to Waterways and Wetlands Design Guidelines standards.

2.2     To investigate zinc mitigation measures and carry out cost/benefit analyses toward identifying their effectiveness as best practicable options – by 2022.

2.3     To consult with key stakeholders and identify a long-term zinc strategy in line with current technologies – by 2025.

2.4     To collaborate with local and regional government in a joint submission to central government seeking national measures and industry standards to reduce the discharge of contaminants from buildings and vehicles.

2.6     Adopt a strategy to limit zinc, based on finding the best practicable options.

3.1     To consult with the Government, through the Ministry for the Environment, about legislation to limit the copper content in vehicle brake pads.

3.2     To not permit stormwater discharges into the network from unprotected copper building cladding, spouting or downpipes.

3.3        To investigate a District Plan rule to discourage the use of copper building claddings.

4.1       To compile a database of industrial sites considered to be medium or high risk based on the best available information – by 2025

4.2       To audit high-risk industrial sites by the approved procedure under the Comprehensive Stormwater Network Discharge Consent.

5.1       To work with community groups to educate participants about current stormwater practice and to enable the public to take action to stop contaminants at source – by 2025.

5.2       To engage regularly with the Ministry for the Environment to collaborate on initiatives to reduce contaminants – by 2025.

6.2       To protect houses from flooding during and after development by having controls on new floor levels.

Come talk to us