We’d like to hear what you think about proposed plans for the Dallington Landing – the first of the landings that Council will be developing along the Green Spine of the Ōtākaro Avon River Corridor.

We received feedback on the Landing from 29 submitters - all but two were in support of the landing.

Overall, there were two main themes to emerge from the feedback:

In response to concerns about traffic management in the area, we have removed the proposed carpark at Rupert Place. Instead, cars will be able to park on the street. This means a greater distance from parking to landing, but it does reduce the risk of unsafe traffic movements as cars enter and exit a car park, and also supports community sentiment for a landing that encourages walking and cycling (active transport).

The updated design takes into consideration the feedback we received about what is important to people. We've improved access to the river, improved cycling infrastructure and taken onboard recommendations to keep existing trees. The Landing will feature signposted entrances, shelters, koru-shaped pathways, picnic areas and tables, steps down to the river, a water fountain, bike parks, and a wheelchair-accessible toilet block. We've also worked alongside Mahaanui Kurataiao and Matapopore to ensure the design reflects mana whenua values and narratives. 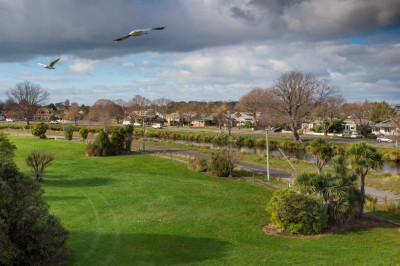 According to the Ōtākaro Avon River Corridor Regeneration Plan, this area of the Green Spine will be returned to native forest and wetlands in the future. With this in mind, the design inspiration for the Dallington Landing is a ‘picnic in a forest’. This Landing will also act as a gateway to welcome people into the corridor from the south.

This plan is just a concept at this stage – it shows what things could be included, and where they could be located, but doesn’t go into detail. We’ll use the feedback we receive during this consultation to refine what’s proposed, and fine-tune the details.

We have to consider how we make the best use of our budget. Some of the elements in this plan, like installing toilets, are deceptively expensive, but they are also a key feature of making the Landing a functioning and desirable area.  Your feedback on the features and elements you think need to be included will help us make sure we use the available budget to deliver the best possible outcome for the community.

We also have to consider how the area will develop in the years to come. How it looks now will be very different from how it will look in the future. The 11km City to Sea pedestrian and cycle path will loop through the area on its journey along the Green Spine. The area around the Landing will eventually be returned to native forest and wetland. There could be opportunities, as funding becomes available or as community initiatives are developed, to enhance things further. However, we want to get the basic infrastructure in place now, so more people can enjoy the area more easily.

We’ll be working with the Matapopore Charitable Trust to integrate Ngāi Tūāhuriri / Ngāi Tahu cultural values and narratives into the design of the landing.

Key features and elements of the Landing 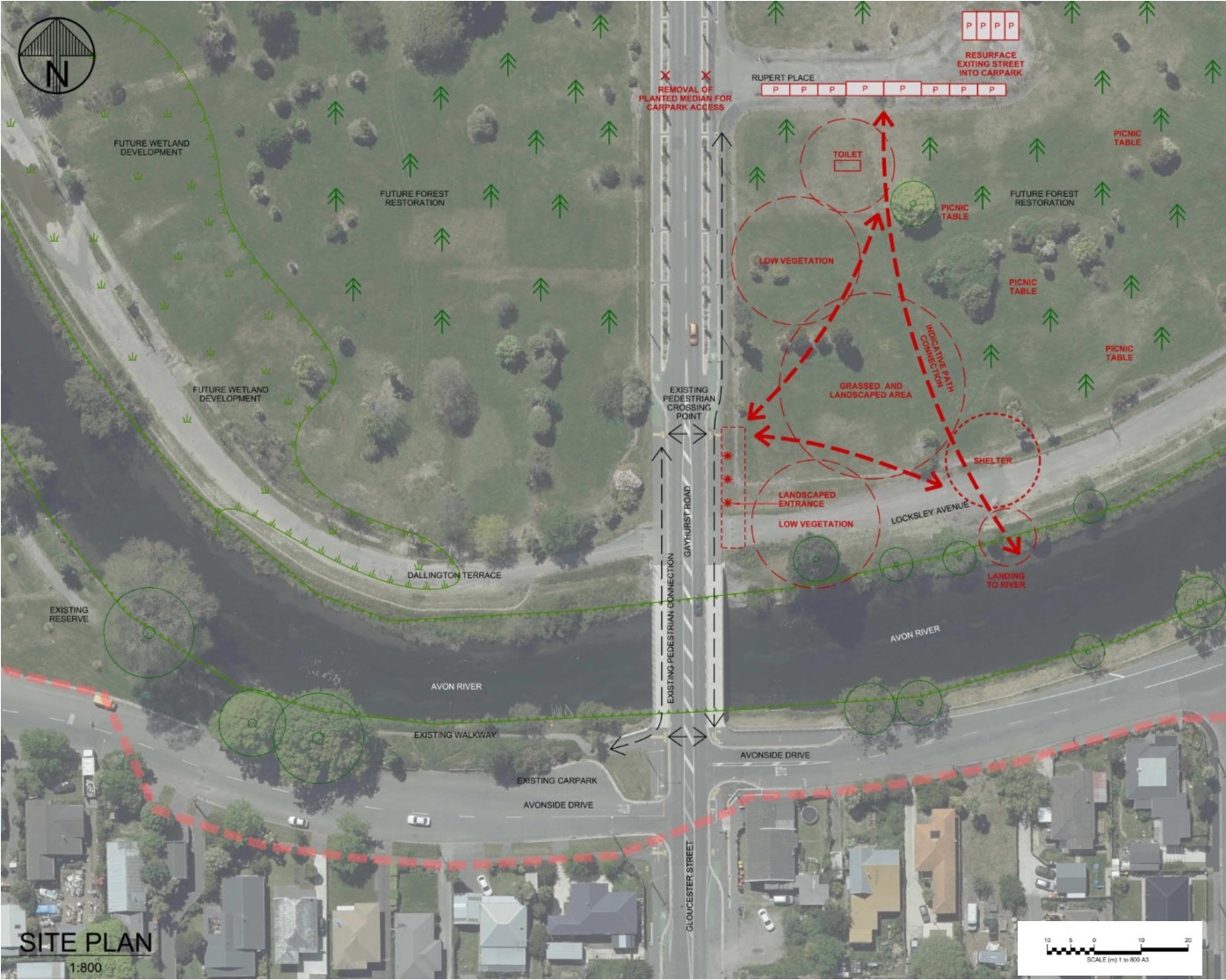 We’re also seeking feedback on three pedestrian bridges(external link) (two replacement bridges and one in a new location) that will be developed along the Green Spine of the Ōtākaro Avon River Corridor.

Why are we doing this landing location first?

In addition to the $144 million the Council has set aside to invest into the Otākāro Avon River Corridor over the next 10 years, and the commitment of $40 million from the Government’s Christchurch Regeneration Acceleration Fund, Council has received an additional $13,765,500 of funding from the Christchurch Earthquake Appeal Trust (CEAT). CEAT selected three pedestrian and cycle footbridges (two replacement and one new) and a landing at Dallington for funding.

The remaining landings will be developed over the coming years, as the area is developed and work is programmed. 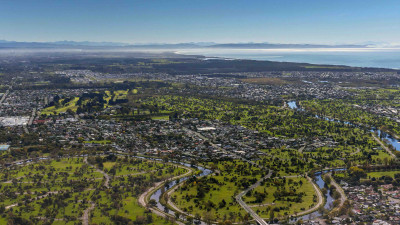