Everyone is welcome to come and use Ngā Puna Wai, take part in sports, support the players or use the sporting fields.

Stay up to date with Ngā Puna Wai news and events

Take a virtual tour of the facility 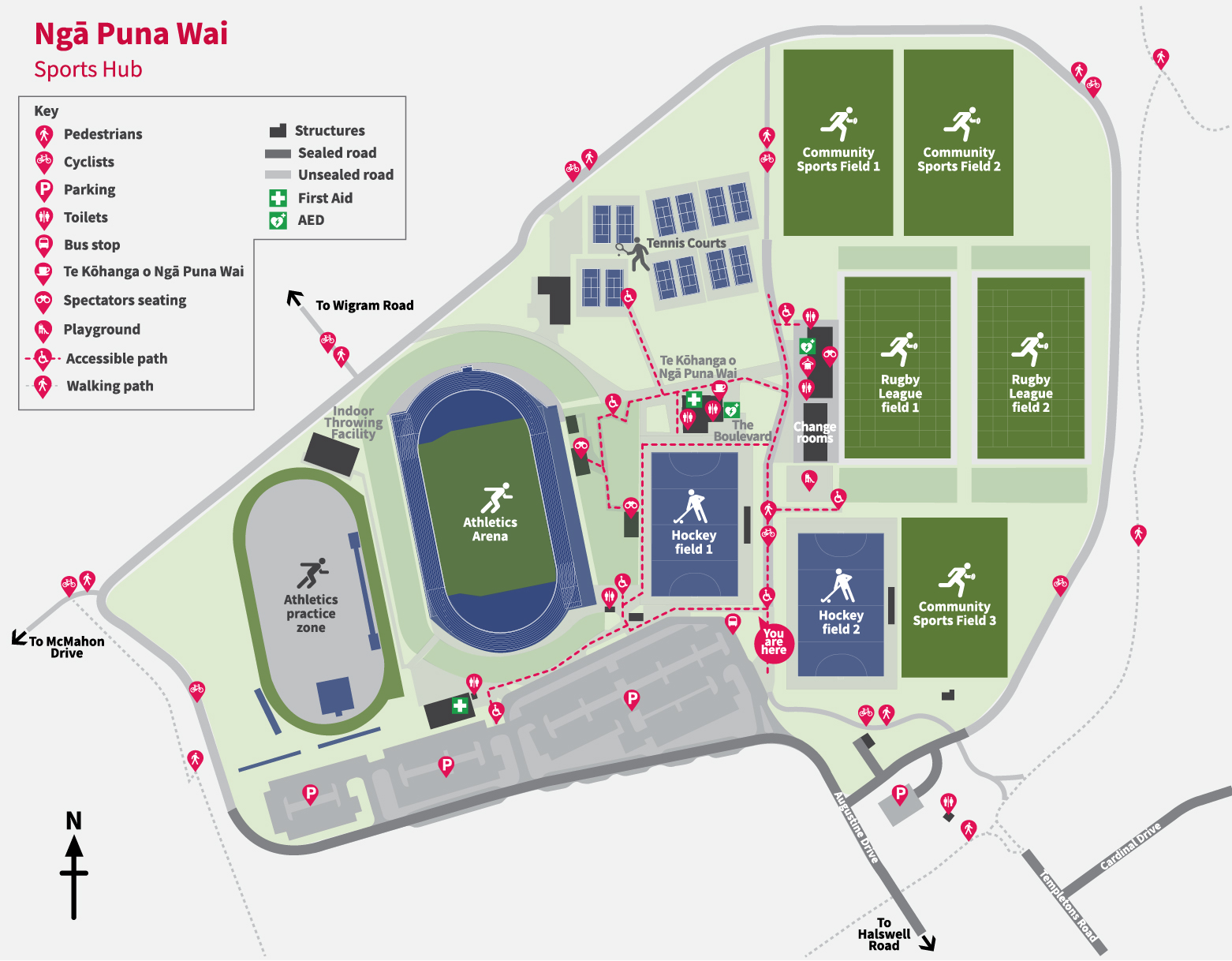 How to get to Ngā Puna Wai

Whether you’re walking, cycling, taking the car or catching public transport, there’s plenty of ways to get to Ngā Puna Wai.

If you’re walking or cycling, the easiest way to access Ngā Puna Wai is via Augustine Drive or via McMahan Drive if you are walking from Aidenfield.

Several walking paths and cycle ways lead to the venue from Halswell or Curletts Road and there are numerous cycle parks throughout the facility.

If you’re driving, then the best way to access Ngā Puna Wai is to follow the signs to the Ngā Puna Wai from Augustine Drive, off Halswell Road in Halswell.

There are 458 parking spaces including 11 mobility car parks available at the venue and a grass area beside the main car park for temporary parking. Check Google Maps (external link)for the best route for you.

The Halswell Road bus stop on the Orange Line is the closest stop to Ngā Puna Wai, a 30-minute ride from the central city bus exchange. The bus stops on Halswell Road, a short 5 minute (400m) walk from the venue via Augustine Drive.

Head to the Metro website for bus timetables, maps and information(external link).

Ngā Puna Wai is Canterbury’s new home of sport. Everyone is welcome to come and use Ngā Puna Wai, take part in sports, support the players or use the sporting fields.

To make a booking:

For all other booking enquiries please email npwbookings@ccc.govt.nz.

On Sunday 4 September, 200 volunteers from Ngā Puna Wai’s partner sports and the local community donned their gardening gloves, grabbed their shovels, and connected as they came together at the sports hub to plant over 2000 trees onsite.

All in the name of finding a solution and ensuring the facility continues to improve and remain one of the best sports facilities in Aotearoa. 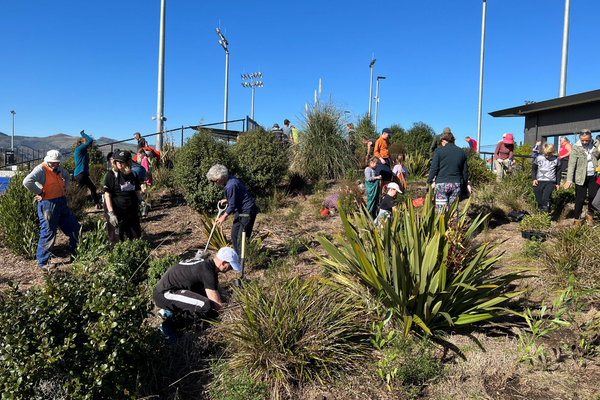 Since the opening of the sports hub in October 2018, hundreds of thousands of people have come through the gates, making the most of the world class facilities for club sport and community day to day use, as well as national, regional, and major international sporting events.

Given that the facility has only been open for four years, initial native plantings and landscaped areas within the facility are still being established and have at times, struggled with windy and dry conditions not suited to native plants, however an ongoing maintenance plan is in place and managed by the Parks team at the Christchurch City Council(external link) to help these areas thrive.

Existing native and oak plantings surrounding the boundary of Ngā Puna Wai(external link) have provided limited wind protection and shelter. To address this, the Parks team from the Christchurch City Council developed a further site-wide Planting Plan, and together with the Partnership and Activation Manager at Ngā Puna Wai, Katrina Mansfield enlisted the help of the sporting partners - Athletics, Hockey, Tennis and Rugby League to establish a shelter belt of trees surrounding the facility to improve the usability and function.

“Wind has at times, been an issue for the sporting partners and other users since the opening of Ngā Puna Wai, and the Christchurch City Council Parks team have listened and responded to the issue where possible.

“The Christchurch City Council Parks team, based at Ngā Puna Wai, engaged landscape architects to create a Landscape Management Plan and from this and the wind assessments, a proposal for the shelter belts for the facility was created and supported by the sporting partners operating onsite,” says Dan Hooper, Christchurch City Council Parks Team Leader for Ngā Puna Wai.

Specific trees and plants were selected for the shelter belt based on certain parameters that will allow them to flourish. All plants had to be evergreen, fast growing, dense to medium density and suited to the Canterbury climate and the soil conditions at Ngā Puna Wai. Also taken into consideration were things such as the impact on shading and the maintenance required.  For this reason, the following trees were selected - Ovens Cypress, Coastal Redwoods, European Hornbeams, Pin Oaks and Tarata/Lemonwoods and positioned in the designated places for planting

On a crisp and sunny Father’s Day morning, the keen planters of all ages got to work planting over 2000 trees, as well as weeding and relocating flax bushes, on the existing ring road behind the community and Rugby League fields, behind the Tennis courts, up on the Athletics embankment and down the boulevard.

“As the saying goes, ‘many hands make light work,’ so having the numbers turn up on the day was fantastic and meant we were all done by noon and could enjoy a much-deserved sausage sizzle afterwards. We look forward to seeing the impact of the plantings for years to come,” says Mansfield.  A huge thank you from the CCC Parks team to all those that turned up to help out on Sunday, the response was fantastic and much appreciated!

August is a busy month for the core winter sports that call Ngā Puna Wai(external link) home with finals being played across all grades for both hockey and rugby league.

Other codes that may not have held their general competitions at Ngā Puna Wai during the winter season have also been making use of the quality sports hub to hold their finals due to the larger crowds the venue can hold and its world-class facilities. 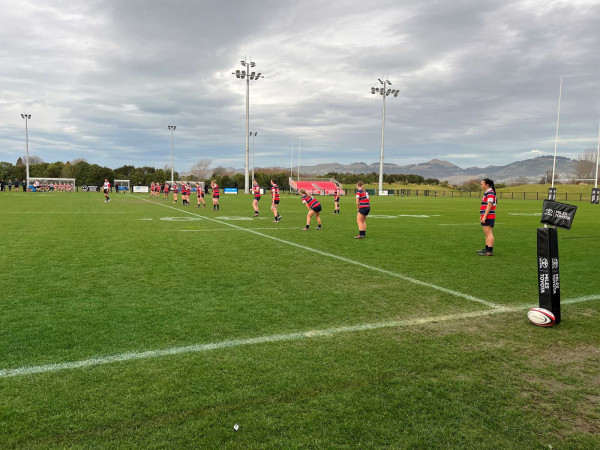 Christchurch Girls High School took out this game with a 69 to 17 win, reflecting another strong season for the school.

Liz Worthington, Canterbury Rugby’s Female and Teenage Rugby Development Officer, reflected on this year’s female competition, saying, “It has been another successful season for our school girls. We saw nine teams enter our mid-week Miles Toyota Cup, with it being especially exciting to have newcomers Kaiapoi High School joining for the first time.

This year saw a bit of disruption within the competition with the consistent rain and sickness, but aside from this, we still saw schools and girls turning up each week, enjoying playing rugby at Burnside Park.”

The secondary school boy’s competition, the Miles Toyota Championship Final, where Nelson College 1st XV will be taking on St Bede’s College 1st XV, is set to be played at Trafalgar Park in Nelson on August 27. This had to be postponed from August 20 due to flooding in the Tasman region.

Celebration of Wāhine in Rugby and Matariki

The sun was shining on a perfect winter’s day on Saturday 25 June as the women’s rugby community from all over Waitaha came together at Ngā Puna Wai in celebration of the women’s game and Matariki.

As part of this special day, all women’s teams playing in the Championship and Premiership Grades headed to (external link)Ngā Puna Wai to play their final club rugby games of the season. 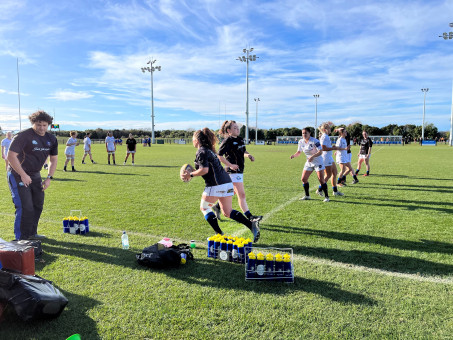 This included the grand final and third and fourth playoff as well as some 10 aside games.

Organised by Canterbury Rugby(external link) Female Development Officer, Liz Worthington, the event was about bringing women together from across the rugby community into one space. It was also a good opportunity to host the Women’s World Cup trophy and some of the Black Ferns players in Ōtautahi as part of their nationwide tour.

“The idea was that we would enjoy bringing women together of all ages to have a great day - we have the bouncy castle, sausage sizzle, music, the Black Ferns skills session and some great footy out on the field. We wanted to incorporate a whole range of things, so the day could be really enjoyable for all the whānau,” says Liz.

This year, Canterbury Rugby also made a slight change to the timing of the Premiership Final, with the game not being played until 5pm.

This was made with the mindset that a lot of people struggle to get to a final by 2.45pm so they tried something new to see if that attracted a bigger crowd later in the afternoon.

Liz and Canterbury Rugby were keen to recognise this significant moment and made sure to incorporate aspects of Matariki during the day.

“We were mindful that this event fell on Matariki weekend, and we just wanted to really treasure this special new holiday that we are all celebrating across New Zealand. That’s where the idea of the sausage sizzle came in – coming together and having kai. The idea was to invite in our whānau from our rugby communities to have some food together and share the amazing space.”

The skills sessions run by Kendra Cocksedge in her role as a Canterbury Rugby Ambassador, along with her teammates in the Back Ferns, Grace Steinmetz, Amy Rule and Pip Love were a big element of the day.

Under 11, 13 and 17 local teams, as well as the public, were welcome to join the sessions with the younger players and older players split into two groups.

“We just took a backs skills session this morning, there were two sessions going on, myself and Grace were with the younger kids and then Amy and Pip went with the Under 13 and 17 players, taking them through a front-row session because that’s their expertise,” says Cocksedge.

Kendra enjoyed the opportunity to not only run one of the skills sessions but to be part of the whole day.

“It’s a big women and girls day, it’s been pretty special to run around with the kids, seeing the skill level and the determination, it’s awesome – to see so many girls out and about is really cool, I never had that when I was younger.

And what a beautiful day for it, and a beautiful field – I love it out here, it’s fantastic” she adds.

Check out the events being held at Ngā Puna Wai below or download the latest events calendar [PDF, 181 KB].

The story behind the name

Ngā Puna Wai means ‘many spring waters’, relating to the many springs and tributaries in the area, and is part of the ancestral landscape of Ngāi Tahu. This area was once an important place for local Māori, who came together to connect and collaborate.

Today, our recreational and sporting communities have continued this ethos by coming together to share our love of sport and outdoor spaces.

Ngā Puna Wai comprises 32 hectares of recreation and esplanade reserve and other park land beside Canterbury Agricultural Park, near Wigram. Council staff and other stakeholders identified it as the preferred site for to replace sporting facilities damaged in the earthquakes.

Following strong support from the wider Christchurch recreational and sporting community, what was once 32ha of grassy reserve land has been transformed into a $53.65 million multi-sports facility.

We're proud to be working with the funding partners helping us deliver Stage One of Ngā Puna Wai Sports Hub. 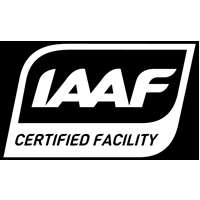 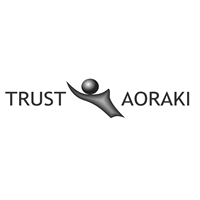 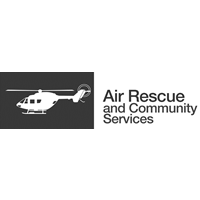 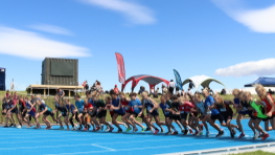 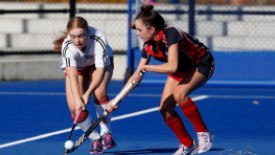 Home of Canterbury Hockey and Christchurch’s only international-standard hockey pitches. 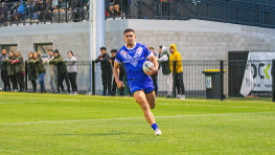