The newly redeveloped Lancaster Park was officially opened to the public by Mayor Lianne Dalziel at a special ceremony on 19 June 2022.

Work began in April 2021 to turn Lancaster Park into a green recreational space and community sports fields, which can be used for sports such as rugby and football in the winter and cricket in the summer.

The large solid fence that was in place during the redevelopment of the park has been removed and replaced with a temporary fence while the permanent bollard and chain perimeter fence is installed. A small temporary toilet will also be installed in the north-western corner of the park.

The memorial gates are being refurbished and these are expected to be completed in time for Armistice Day – the perfect milestone for having the historic memorial gates restored and available to the community. Read our June 2022 update.(external link)

In September 2019, Christchurch City Council approved a spatial plan (pictured below) for redeveloping the park in response to the community's need for more recreational areas and sports grounds. This plan informed the first stage of redevelopment which includes: 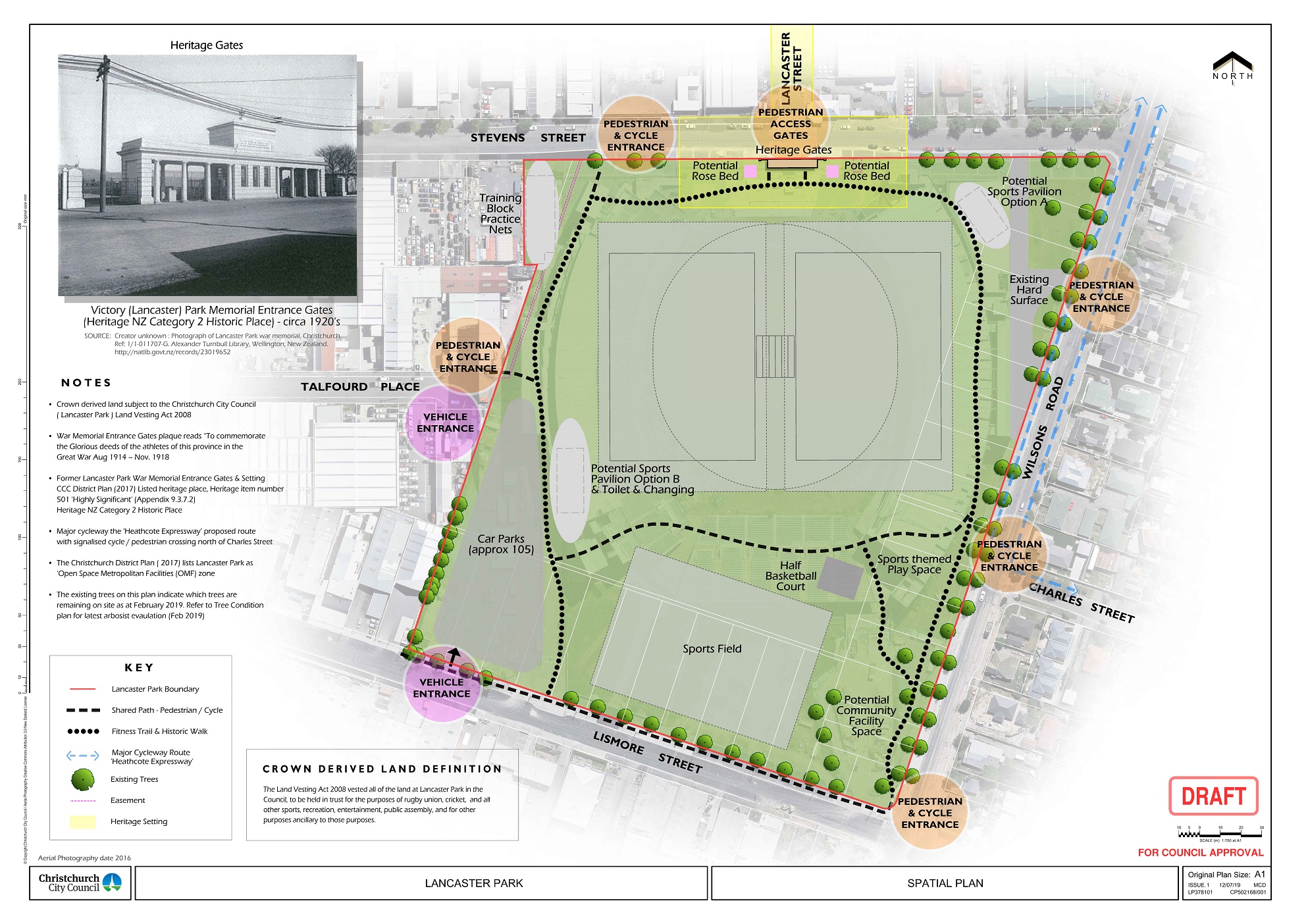 Demolition of the Lancaster Park stadium

The Council decided to demolish the Lancaster Park buildings in March 2017. This was in response to a status report showing that recommissioning Lancaster Park as a venue capable of hosting top international rugby tests would cost about $255 to $275 million.

As much material was salvaged or recycled from the deconstruction as possible. More than 30,000 seats were removed from the stands and rehomed across Canterbury and New Zealand.

Creating space for the community

We engaged with the community between January and March 2022 to see what else was needed to help the Council develop a concept design for the new community greenspace.

The community elements will need Waikura Linwood-Central-Heathcote Community Board approval, so a staff report detailing what submitters have said will be presented to the board to help them make a decision about what is included in the Lancaster Park concept design.

There will also be further community consultation on the concept design in mid-2022. The community elements will take several years to install.