The Port Hills (Te Poho-o-Tamatea) are of special significance for their environmental, geological and scenic values. They are also of national and international interest for their geological features. 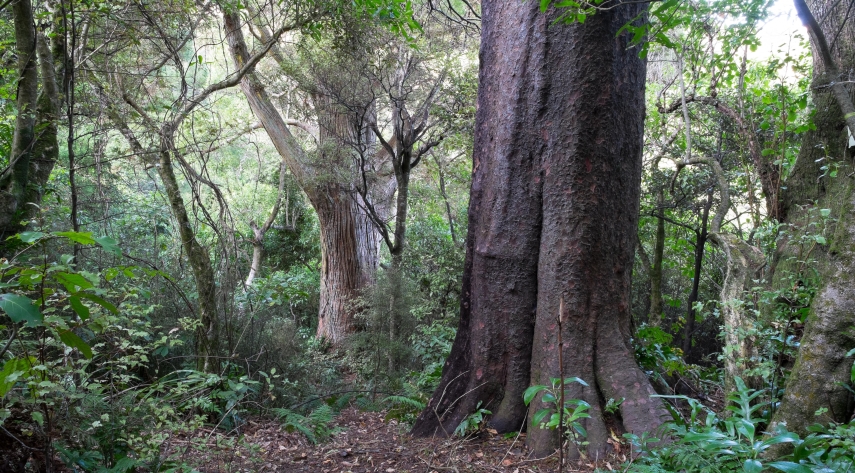 The Port Hills are a 12 million-year-old remnant of the Lyttelton volcano crater. Wind, rain, sun, ice and snow have eroded the crater over the last 8 million years, to what can be seen today. For visitors and residents alike, the rugged outcrops of the Port Hills against the skyline, in contrast to the flatness of the Canterbury Plains, are a memorable sight.

Visible from well beyond Christchurch, the Port Hills [PDF, 668 KB] [PDF 670KB] are an obvious feature forming a backdrop to the city. The majority of the Port Hills consists of a rocky open tussock landscape which has a high proportion of indigenous plant species and which provides an almost 'wilderness experience' in close proximity to the major urban area.

Considered an outstanding natural feature and landscape of national importance, there are a number of internationally significant geological features, including prominent rock outcrops and a number of volcanic dykes, within them. The area is also important in terms of scenic value for residents and visitors to Christchurch, with road access along the Summit Road, walkway networks and through the operation of Mt Cavendish gondola.

Generally the qualities and attributes of the Port Hills that make them special to us can be classified into six broad areas:

There are a number of issues surrounding the use of the Port Hills.

Many people value the Port Hills for their open rugged beauty. The building of houses changes this, and in some people's minds adversely affects it as the 'natural' feel is lost and replaced with a human dominated landscape. Many people however wish to live on the Hills for the views and to be above the smog layer.

As the economic fortunes of sheep and cattle farming have declined, so has the viability of pastoral farming on the Port Hills. For some, farming is simply uneconomic and farmers have sought ways to get a better income from their land. One of these is the introduction of exotic forest. Trees grow reasonably well on the hills, especially the upper slopes and western parts where the rainfall is higher. But again the trees have the potential to change the existing character of the Port Hills, from one of an open tussocky landscape to that cloaked in dark green forest.

The Port Hills have undergone some rapid and marked changes over the last 1000 years, from being covered primarily in native forest and shrubland to that which is there today. All this change has meant much stress for the remnants of the indigenous plant and animal life. Present threats include possums, goats, rabbits, stoats, and weeds such as the South African boneseed bush.

Parts of the Port Hills are susceptible to erosion which endangers lives, reduces pasture areas, causes unsightly scars and contributes to problems with stormwater drainage and siltation of waterways.

As the Port Hills are so close to a major urban area, a large percentage of people wish to use them. Conflicts in use can arise for example between mountain bikers and walkers and trampers.

Urban encroachment onto the Port Hills has often been a topical issue. As pastoral farming has become economically marginal on the Port Hills, some landowners have sought other ways to realise income from their land. One of these has been to subdivide for housing. The increases in value can be enormous, from $5000 a hectare at rural rates to $100,000 a section (600m2).

Conversely, many people value the Port Hills for their unaltered natural state and are very much opposed to further development. This can pose a dilemma for the Council, often trying to find the middle ground through compromise, which means some development may be permissible, provided the Council, i.e. the people of Christchurch, are compensated in some way for loss of natural values. This could mean that Council approves development of some land in exchange for high value private land becoming available for public use. This is one example of how the resource is managed, which leads us to the next section, Management of the Port Hills.

The main way management is undertaken is through the RMA and rules in the plan. These rules seek to allow people to use the Port Hills for whatever purpose, while ensuring that the potential of the resource is sustained for future generations, the life supporting capacity of water, soil and ecosystems is safeguarded, and any adverse effects are avoided or mitigated, (s. 5 RMA). It is all about balance, and this is the challenge set down by the RMA, to 'sustainably manage' our natural and physical resources.

Various other organisations have some kind of interest in the Port Hills including the Department of Conservation, Ngai Tahu, the Summit Road Protection Society, Environment Canterbury and Selwyn District Council.

Relevant information such as committee reports and newspaper articles can be sourced from the Aotearoa New Zealand Centre at the Central City Library(external link), 89 Gloucester Street, Christchurch.

Librarians at the Central City Library are available to assist with research projects.