The workshop is the last remaining building of the Magnetic Observatory complex, which was used by Antarctic explorers and visiting scientists. 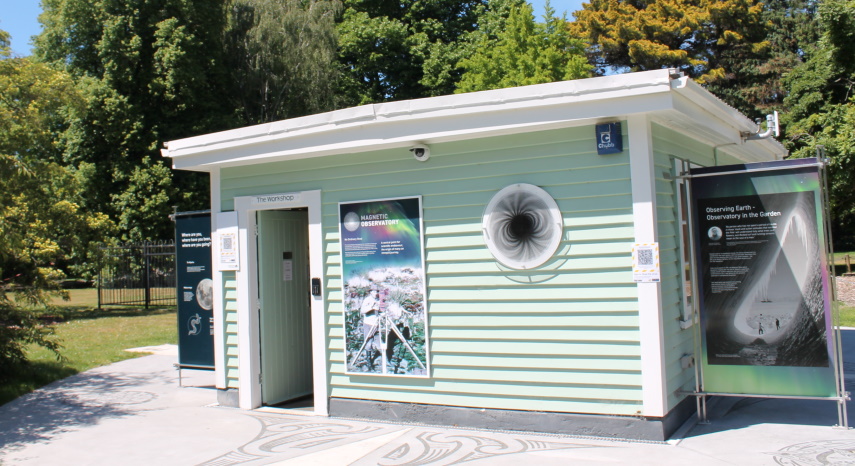 The workshop is the last remaining building of the historic Magnetic Observatory.  Early Antarctic explorers, local and international scientists, including Nobel prize winners, have made many discoveries here. Their work is now celebrated in a permanent exhibition open daily from 10am to 4pm.

The Magnetic Observatory exhibition was developed in 2021 and tells the stories of past exploration and continuing discoveries through interactive science exhibits, videos and graphics. 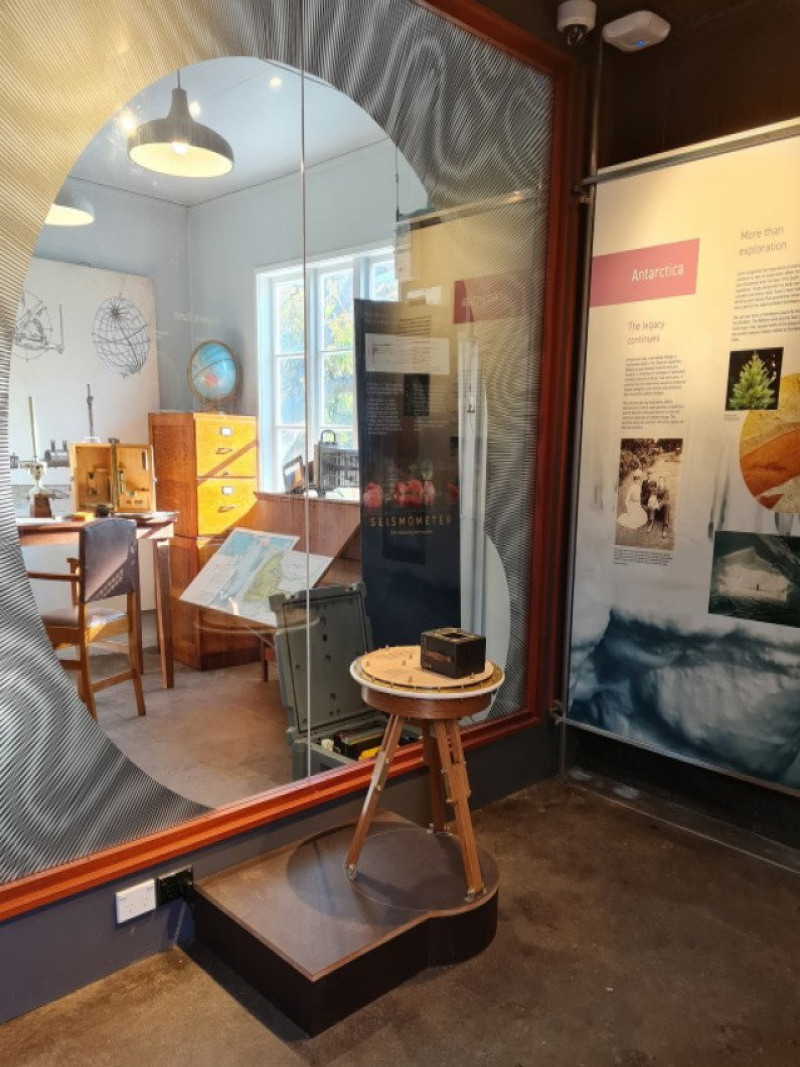 This exhibition was developed with the support of

The Magnetic Observatory opened in 1901 in the Botanic Gardens as a complex of buildings devoted to magnetic, atmospheric, gravitational, seismic and celestial studies.

The observatory was famously used by both Captain Robert Falcon Scott and Sir Ernest Shackleton's Antarctic teams to make magnetic surveys in preparation for their expeditions.

Three attractive Swiss chalet-style buildings made up the original Magnetic Observatory; the Absolute House where celestial and magnetic determinations were made, an office of Magnetic Survey where a seismograph was housed in the cellar, and the Magnetograph House where continuous recordings were made of magnetic variations.

In its first ten years, the Observatory was often used by scientists to calibrate their instruments before going to Antarctica. Scientists from the Carnegie Institute in Washington would also visit to engage in magnetic research.

To ensure nothing would interfere with the delicate magnetic equipment, copper nails and brass screws, locks and hinges were used to construct the buildings. Visitors to the grounds were prevented from going near the magnetograph cellar in case they were carrying metal objects such as keys and belt buckles.

The introduction of the electric tram system in Christchurch affected some of the instrumentation and led to a new magnetograph being constructed offsite in Amberley Domain in 1913.

Thanks to 1913 and 1970 surveys we know exactly where the buildings once stood. The Observatory office was located in front of where the current workshop sits on Observatory Lawn, the Absolute House was situated close by and the Magnetograph House was located near conservatory Cuningham House.

Between 1928 and 1941 new buildings, structures and equipment popped up including an Electrograph House, a seismograph cellar, a South Meridian Station, a Cosmic Ray House and a workshop (the only building still standing and pictured above).

By 1970, the grounds that the Magnetic Observatory sat on were handed back to Christchurch City Council as per an agreement made in 1901.

All buildings aside from the workshop and some office buildings were dismantled and the ground levelled and replanted. A few historic markers still exist including a benchmark in the cellar beneath the Observation Office and another benchmark on the lawn.

In keeping with the history of the site, Botanic Gardens staff use a Climatological Station right next to the old Magnetic Observatory workshop to observe air, grass and earth temperatures, wind direction and force, visibility and evaporation daily.

This information, until 2021, was recorded with pen and paper and sent to National Institute of Water and Atmospheric Research (NIWA) in Wellington daily. Now, the process is automated.

Visit the Christchurch Botanic Gardens Trust(external link) to find out more about the future of this fascinating site.

Read more about the significance of the Magnetic Observatory in the Botanic Gardens Conservation Plan(external link).

Visit the Christchurch Botanic Gardens to see the remaining workshop in situ.

Find the Magnetic Observatory workshop on Observatory Lawn in the Botanic Gardens, close to the historic Tea Kiosk and children's playground.