We’re making it safer around all schools and surrounding neighbourhoods.

Whether you’re visiting whanau and friends, letting tamariki walk, scoot or bike to school or driving to work and home again, you should be able to do it safely.

The safe speed neighbourhood programme is part of an integrated national road safety strategy.  Christchurch is adopting an area-based approach to changing speed limits to provide more consistency in communities, settlements and around schools. This approach also helps drivers know when they’re travelling in a safe speed area.

We’re planning to reduce speeds from 50km/h to 30km/h around schools or 40km/h in neighbourhood streets, and Banks Peninsula settlements and roads, especially those around schools.

Streets and neighbourhoods around schools have been prioritised to make it safer for children to get to and from school.

We’re starting with the areas shown on the interactive map, with safe speeds rolling out on more streets over the next ten years, as funding allows.

Before any changes are made towards making Christchurch and Banks Peninsula safer and easier to get around, we’re keen to hear if there is anything we need to know.

View the planned changes on our interactive map and have your say.  (external link)

To tell us what you think, drag a green comment icon from the top of the page and drop it on an area you would like to give feedback on. You can also email your feedback directly to engagement@ccc.govt.nz

Regardless of the cause of a crash, speed is the difference between someone being able to walk away relatively unharmed, or being seriously injured or killed.

If a pedestrian is hit by a car travelling at 50km/h there’s only a 20% chance they will survive. At 30km/h, the survival rate increases significantly to 90%.  Lower speeds save lives and prevent serious injuries.

In 2016, Christchurch introduced a 30km/h zone within the central city core.

As well as implementing 30km/h around schools, neighbourhood streets around them will have speeds reduced to 40km/h.

When everyone travels a bit slower people feel safer using the street, and walk, scoot or bike to parks, schools and shops.

Speeds need to reflect the environment of the street, and other neighbourhood areas have been identified that support speeds of 40km/h or lower.

In this stage, implementation of lower speeds will centre around schools and neighbourhoods identified as already supporting lower speeds without the need for traffic calming measures. In short, this stage is ‘signs and lines’ only as it is the sign that gives effect to the lower speed limits. Following speed changes, we will monitor average operating speeds and investigate options for traffic calming measures if needed.

Other areas of the city will have lower speeds implemented over the next ten years as funding becomes available.

Check out the interactive map to see the areas where lower speeds are planned and to give your feedback(external link).

Speed limits will be lowered to 30km/h outside all schools in Christchurch and Banks Peninsula to make it safer for children to get to school and home again.

One of the key action items in the Road to Zero Strategy is to set safe speed limits around all schools by the end of 2027, with an interim target of 40% of schools by 30 June 2024.

The speed limit changes are no longer limited to just being outside the front gate, and are now focused on the journey to and from school.  With this in mind, the Council has taken an area-wide approach around schools using permanent 30km/h speed limits.

On our busier roads, we propose to use variable speed limits that will operate during school start and finish times only.

Speed limits have already been reduced in several areas of Banks Peninsula, and over the next two years, we will be lowering speeds to 30km/h on roads on or around all schools. 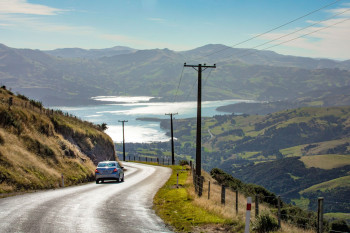 Over the next two years, we will be lowering speeds to 30km/h on roads on or around all schools including:

Roads around Okains Bay School, including Okains Bay Road, Back Road and Chorlton Road will be reduced to 40km/h

Wainui and settlements in the Eastern Bays will be reduced to 40km/h including:

Governors Bay and Diamond Harbour Roads will remain at 50km/h until we look more into what the appropriate speed is for these settlements (unless the road is outside schools, in which case speeds will be reduced to 30km/h).

Pigeon Bay Road is acknowledged as one of the few straighter roads in Banks Peninsula, and our data tells us that people are comfortable driving at higher speeds on this road. Therefore an 80km/h speed limit is being recommended.

The remaining winding rural roads throughout the Eastern Bays of Banks Peninsula are being recommended at 60km/h. This aligns with the recent changes throughout Banks Peninsula over the last two years, and includes major roads such as Summit Road and Long Bay Road, but mainly captures the low volume access roads to townships and rural areas.

Check out the interactive map to see the areas where lower speeds are planned and to give your feedback(external link).

Most of the speed changes will happen in 2023/2024, subject to Council approval.

We’re proposing to set safe and appropriate speed limits in new developments through the subdivision process, to support a speed limit aligned with the One Network Framework for the street when it opens for use.

The One Network Frameworks(external link) is a national classification system, used to determine the function of our roads and streets, and inform decision-making. Visit the Waka Kotahi (external link)website for more details about this framework.

Road to Zero is New Zealand’s Road Safety strategy to significantly reduce death and serious injury on our roads by 40 per cent by 2030. 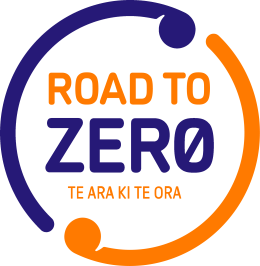 To achieve this goal, safer speeds are needed. Reducing the speed vehicles travel makes a major difference in a crash.

It introduces a new way of implementing speed management throughout New Zealand and makes the setting of speed limits more efficient for Councils, because it encourages a network-wide approach to setting speed limits, and also requires Councils to reduce speed limits around schools.

The Christchurch City Council will develop a ten-year Speed Management Plan alongside neighbouring Councils. This will set out the principles for developing safe and appropriate speeds across the remainder of the Christchurch network with implementation set out over three-year action plans.

The Council plans to engage with the community again when the 10-year plan has been developed.