We’re making changes so it’s safer no matter how you get around your local neighbourhood in Hoon Hay.

The Council decided to approve the changes, on 28 July 2022.

You can view the meeting minutes, which include the formal resolutions, online at christchurch.infocouncil.biz from Friday 5 August. You can also view the recording of the decision being made(external link).

We expect the new speed signs to be installed in late September.

During this time we heard from 32 individuals and groups. You can read their feedback here. [PDF, 120 KB]

The majority of submitters (including all organisations) supported the speed reduction (22, 69%) for the following reasons:

A minority of submitters did not support the speed reduction (9, 28%) for the following reasons:

One person gave no clear indication of their preference

A number of other streets were requested by submitters to also be considered for speed reduction. These have been forwarded to staff working towards safer neighbourhood speeds.

A staff report will go to Council for a decision on Thursday 28 July 2022.

We’ve finished construction of the Nor’West Arc cycleway in your street.

To create a safe speed for cyclists and motorists to share the road, we will be installing a 30km/h speed limit on the new greenway cycleway and neighbouring streets.

Changing 50km/h speed limit to 30km/h on these roads: 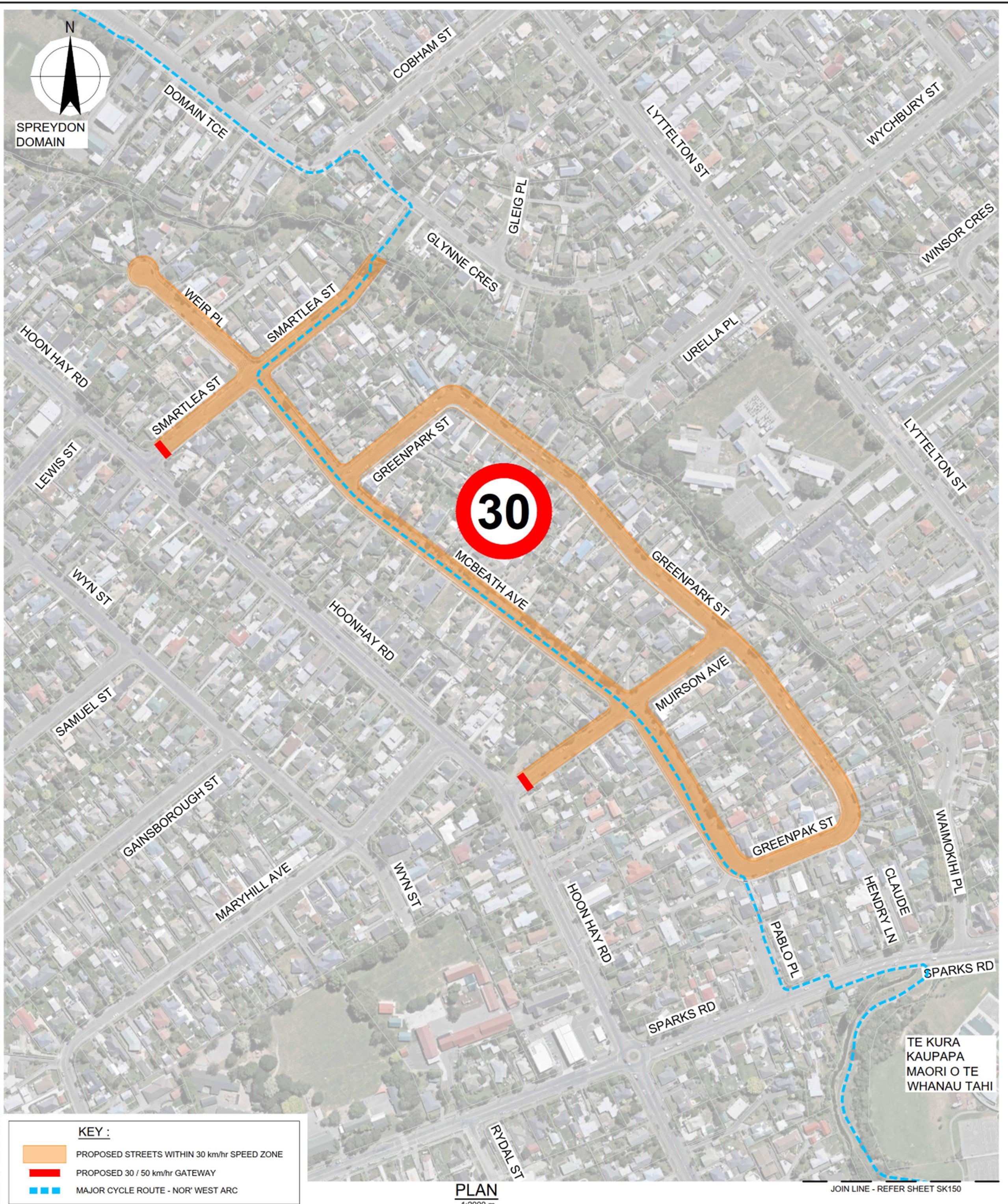 Is there anything we need to know before carrying out these changes?

For speed limits to be effective, they need to be understood and supported by the community. That’s why we want to hear from you.