Consultation for this project ran from 16 August to 6 September 2018 and we received 13 submissions. You can view all submissions received in their original format along with project team responses. The staff report including a recommendation is scheduled to go to the Papanui-Innes Community Board on 8 February 2019 and once it is available you will find it on http://christchurch.infocouncil.biz/

What we are proposing and why

The proposal is to extend the ‘painted on’ road bus stops to accommodate two buses at once. The bus shelters at both locations also require updating as they have suffered from vandalism damage and do not adequately cater for the number of passengers that use them. Please see the attached plan [PDF, 1.8 MB] for more details.

Two of the above bus routes are high frequency which often results in two buses attending the stop simultaneously. As each stop currently only caters for one bus when a second bus arrives it may overhang the bus stop and can obstruct traffic. The objectives of this proposal are as follows:

As a response to safety concerns installation of flexi posts is proposed at the eastern end of the New Brighton Road traffic island. This is to discourage vehicle drivers from making dangerous u-turns on New Brighton Road.

The project team have reviewed many options to enhance bus stops and shelters. If you would like further information regarding all the options considered these are available.

Individual letters will be sent to adjacent properties of the bus shelters that seek property owner feedback and outline the bus shelter hearings process.

All other decisions relating to bus stops, cycleways, tree removals, traffic islands, artwork on the shelters, land purchase, lighting etc are a delegation of the Coastal Burwood Community Board for New Brighton Road Bus Stop and Papanui Innes Community Board for the Shirley Road Bus Stop. Therefore the Community Boards are the decision-makers for most components of this project and your feedback is welcomed on all of these items.

Your feedback is important to us and will be collated after the consultation period closes. All feedback will be considered by the project team then developed into a report, with a staff recommendation, for the Community Boards to consider at their next available meeting.

Prior to that meeting, a letter will be sent to all submitters to confirm the meeting date and inform on how to request speaking rights at that meeting if desired. 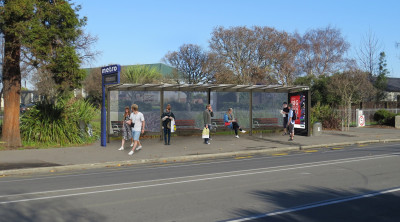 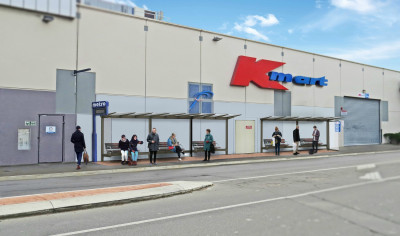