Developing and strengthening our networks around the globe. We work closely with other cities to foster links between communities, organisations and business to enhance our cultural, environmental well-being and economic prosperity.

These relationships reflect both New Zealand’s traditional ties to England and Australia and the growing importance of the Pacific Rim region to the future of Christchurch and New Zealand.

Our relationships rely on a network of dedicated volunteers from the community to create and strengthen international partnerships, promoting and driving educational exchanges, visits, celebrations and other important initiatives.

Christchurch will celebrate its 50th anniversary of our sister city relationship with Adelaide in 2022. 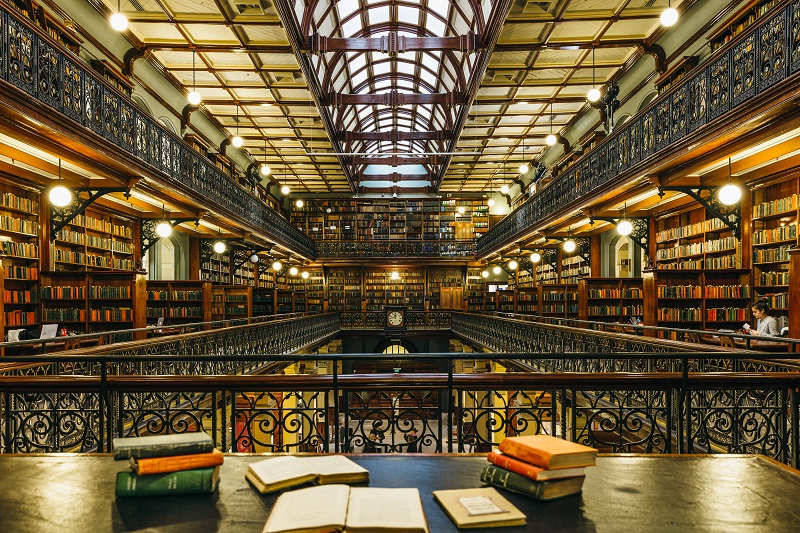 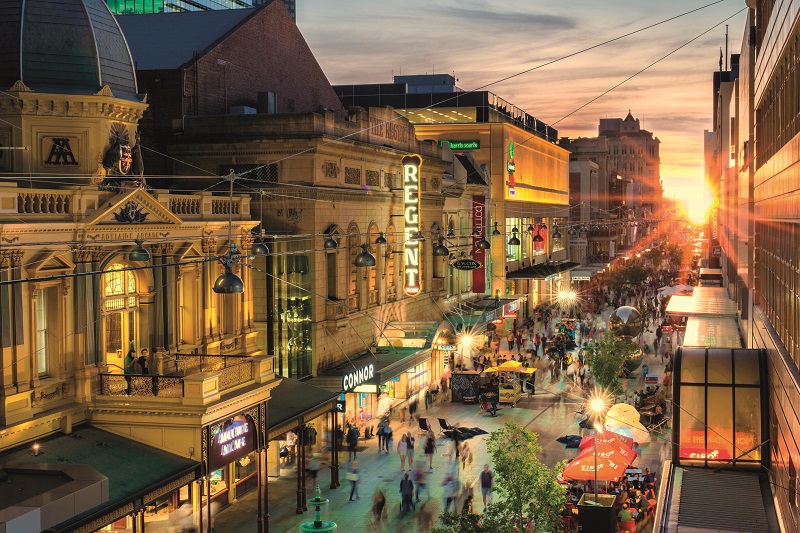 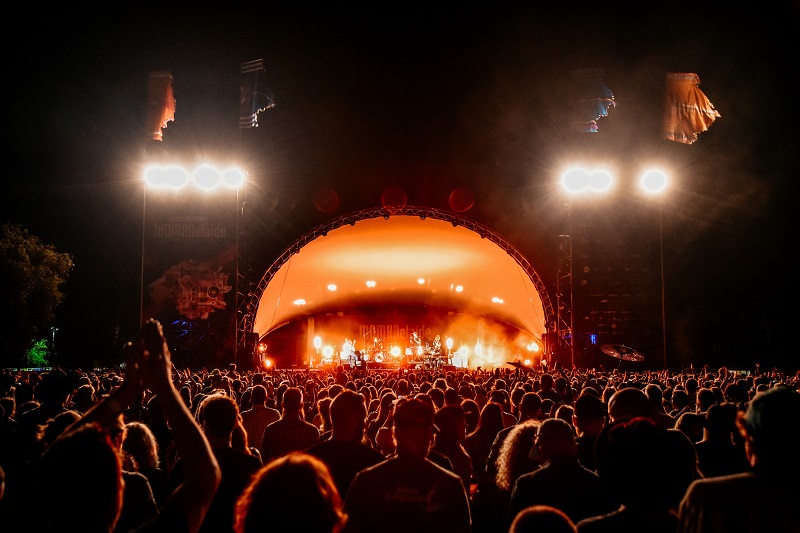 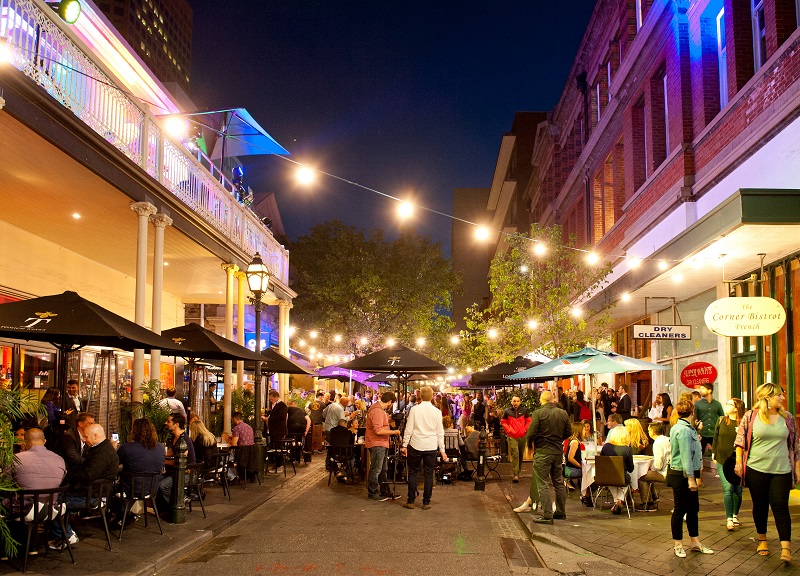 Adelaide, the capital of South Australia, is a city of approximately 1.3 million people.

Consistently voted one of The Economist’s top 10 most liveable cities in the world, Adelaide is known as a city designed for life. A place where residents can embrace all the experiences of a cosmopolitan capital city whilst enjoying a life centred on wellbeing and balance.

As the world’s only ‘city in a park’, 9.4 square kilometres of Park Lands serve as Adelaide’s playground. Visitors from across the globe flock to enjoy Adelaide’s vibrant culture, thriving culinary landscape and a world-class events program(external link) which includes WOMADelaide, Adelaide Fringe and Santos Tour Down Under.

Our sister city relationship was formally approved by the Christchurch City Council on 21 February 1972.  The agreement was initially suggested by the contemporary High Commissioner of New Zealand, Mr A.J. Yendell.

In 2017, Mayor Lianne Dalziel visited Adelaide to celebrate the 45th anniversary of our sister city relationship. During this visit, the Mayor saw the Adelaide Children’s University in action.

Following advocacy and facilitation by Mayor Dalziel and the Christchurch-Adelaide Sister City Committee, contacts were developed that led to both Canterbury and Lincoln Universities signing agreements to bring the Children’s University to Canterbury.

The sister cities have also sought to promote art and cultural exchange. The Christchurch-Adelaide Sister City Committee commissioned and fundraised for artwork from Adelaide artist, Karen Genoff, who consulted with Kaurna elder, Uncle Lewis O’Brien, about the indigenous design.

The City of Adelaide Council financially contributed to the artwork and Lord Mayor Sandy Verschoor visited Christchurch to speak at the unveiling of the artwork ‘Kaurna Wailyu’ at the Adelaide Sister City Garden within Halswell Quarry Park in 2019. 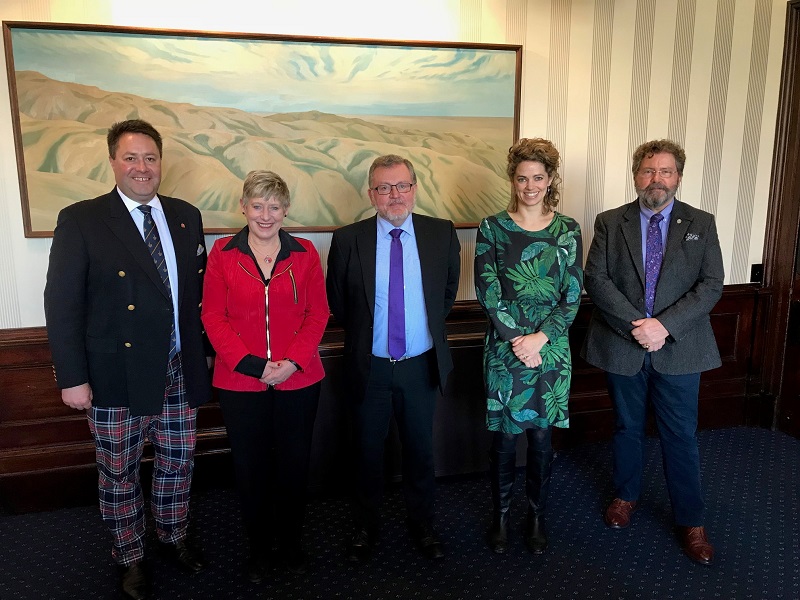 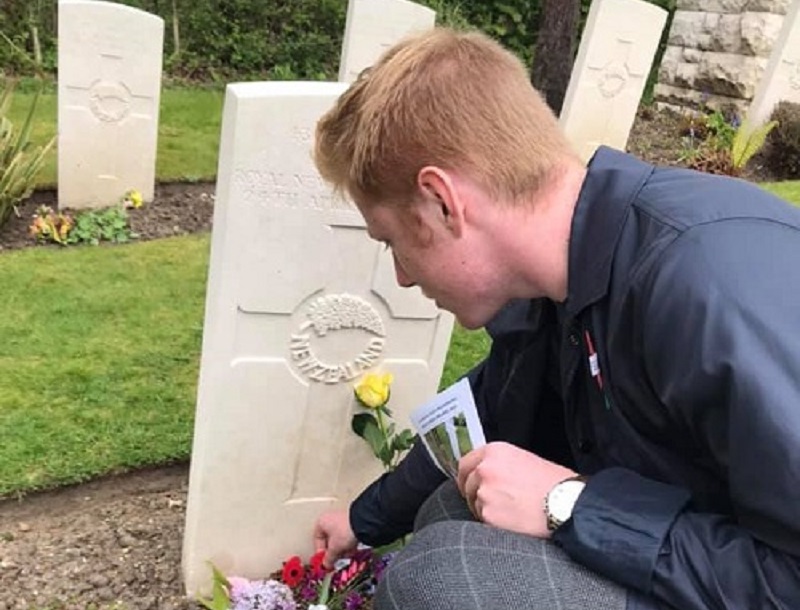 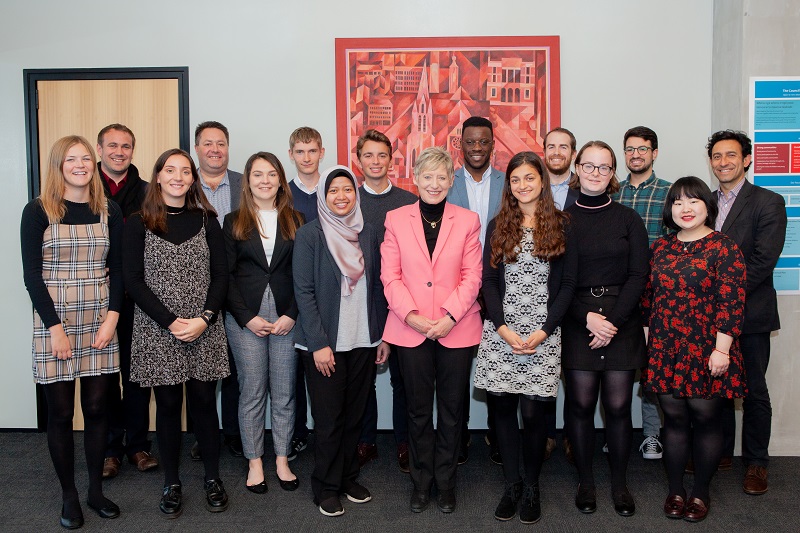 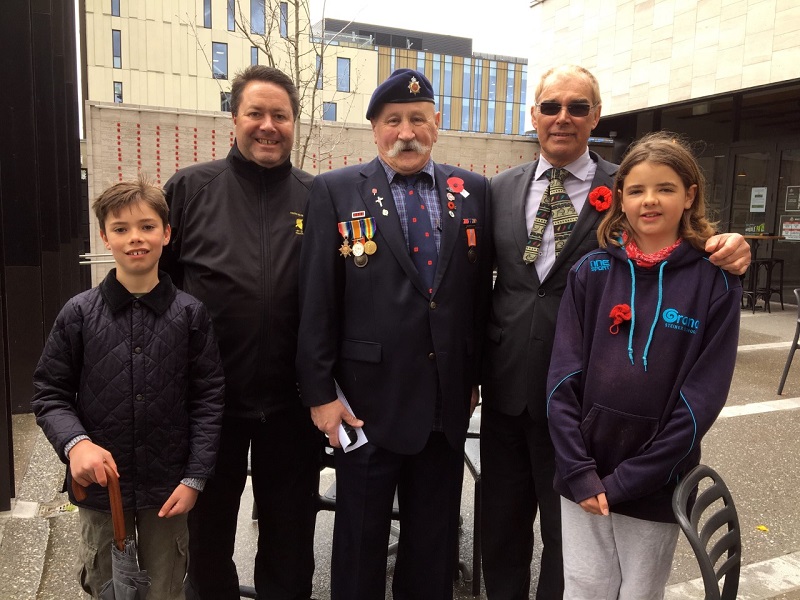 Founded in the seventh century, Christchurch UK is a town in the county of Dorset on the south coast of England.

The Brockenhurst (St. Nicholas) Churchyard in Hampshire, near Christchurch UK, contains the graves of 93 men who served with the New Zealand Expeditionary Force in the First World War.

In 2017 the Christchurch Memorial Returned and Services’ Association (CMRSA) and the Christchurch, UK and Europe Sister City Committee established the Brockenhurst Scholarship(external link).

This provides a scholarship annually to one recipient for research that focuses on an aspect of New Zealand First World War military history in the United Kingdom. Robyn Anderson and Luke Barry have been recipients of the Brockenhurst Scholarship. Their research has focused on the Brockenhurst Graveyard.

The Committee supports inbound and outbound educational tours, the Halswell Quarry Park (English Garden), the Tacitus Lecture annually from the City of London’s Guildhall, Oxford Scholars who visit the University of Canterbury and visiting dignitaries from Europe. 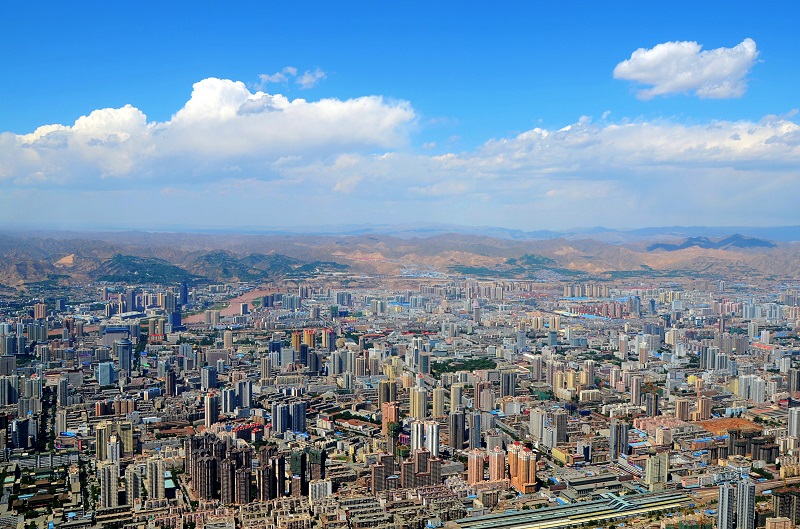 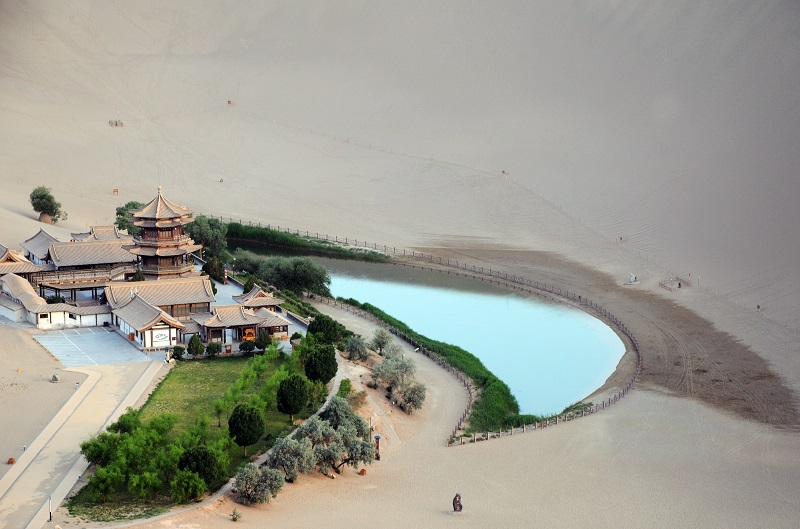 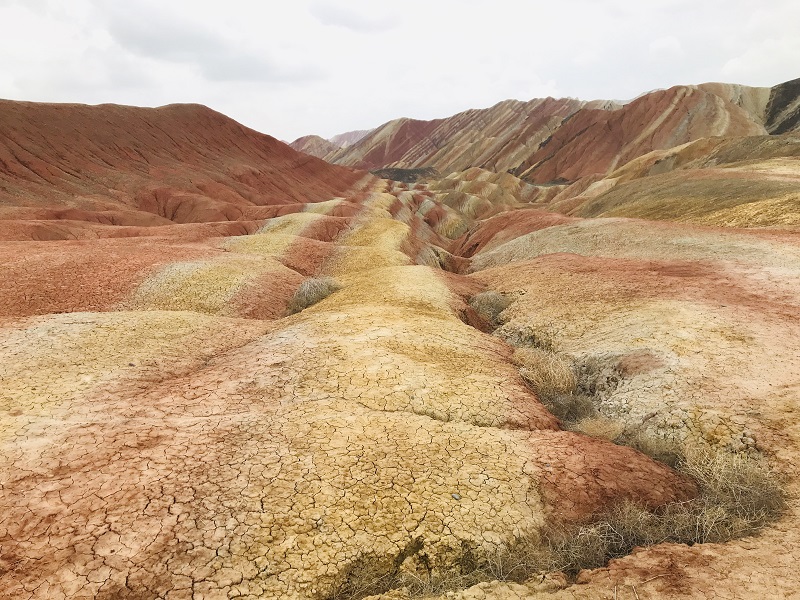 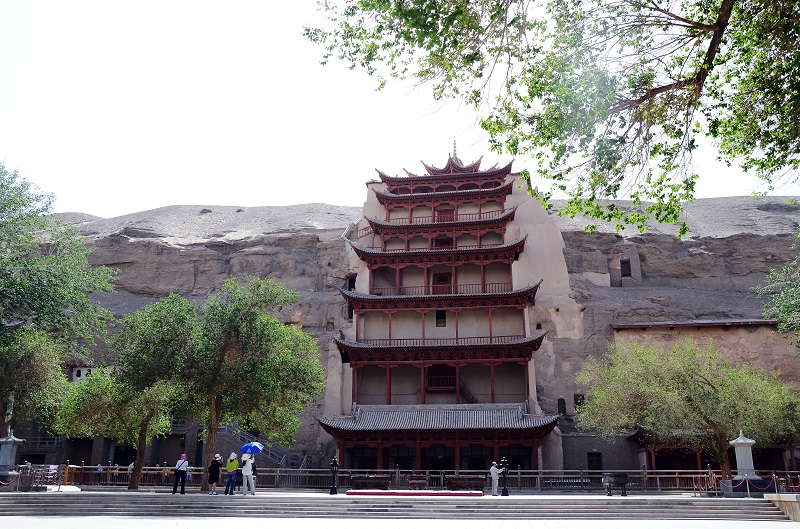 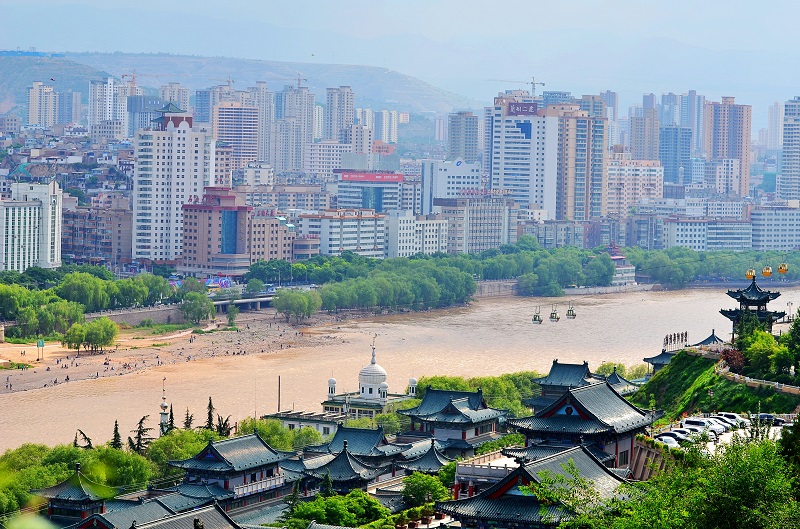 Gansu Province is located on the upper reaches of the Yellow River in northwest China, and has a population of more than 26 million. Gansu is a multicultural region, with the Yugur, Dongxiang and Bao'an ethnic minorities unique to the province, and the home of two autonomous prefectures.

Lanzhou, the capital of the province, hosts an international airport and serves as the transport and distribution hub for an economy based upon energy, mining and agriculture.

Gansu is renowned for its rich history, with the province being the home of 7 world cultural heritage sites, 337 Buddhist cave temples, 4400 km of the Great Wall, and 7000 other ancient cultural sites.

Together with a diverse natural landscape, such as the Zhangye National Geopark, Gansu is also a significant tourism destination.

Gansu has a strong connection to Christchurch through Cantabrian Rewi Alley. Alley moved to China in 1927, supporting government-sponsored flood and famine work, which represented the beginning of diplomatic relations between Gansu and Christchurch.

Indeed, Alley dedicated his life to improving the standard of living for the Chinese population. Awarded honorary Chinese citizenship in 1982, Alley cemented his position as one of the major factors that led to the inception of Chinese-New Zealand relationships.

At the request of Alley, in 1984, a formal sister city relationship was cemented between Christchurch and the Gansu province.

Kurashiki is located within Okayama Prefecture on the Japanese island of Honshu, along the coastline of the Seto Inland Sea, and has a population of approximately 480,000.

The name Kurashiki can be roughly translated as ‘the town of storehouses’, which demonstrates the city’s foundations in trade and commerce.

Established on 1 April 1928, Kurashiki is a historic city which has a preserved canal area that dates back to the Edo Period, when the city served as a rice distribution centre. Kurashiki is also home to the Ohara Museum of Art, which is Japan’s first museum for Western Art.

Christchurch and Kurashiki became sister cities on 7 March 1973, and have maintained an active relationship since(external link).

This pair of students then stay in each other’s homes at separate points throughout the year, with the purpose of promoting friendship and understanding between the two countries.

During this visit, Mayor Dalziel expressed sympathy and solidarity with the people of Kurashiki following major flooding earlier in the year.

Christchurch will celebrate its 40th anniversary of our sister city relationship with Seattle in 2021.

Seattle is located in Washington State, in the Pacific North-West of the United States, and has a population of approximately 4 million in its metropolitan area.

Much like Christchurch’s reputation as ‘the Garden City’, Seattle is known as ‘the Emerald City’, a name derived from the city’s aesthetic and green spaces.

Mayor Lianne Dalziel visited Seattle in October 2017, marking the 36th anniversary of sister city relations, and spoke at an event sponsored by the Seattle Office of Emergency Management to discuss earthquake recovery and mitigation. 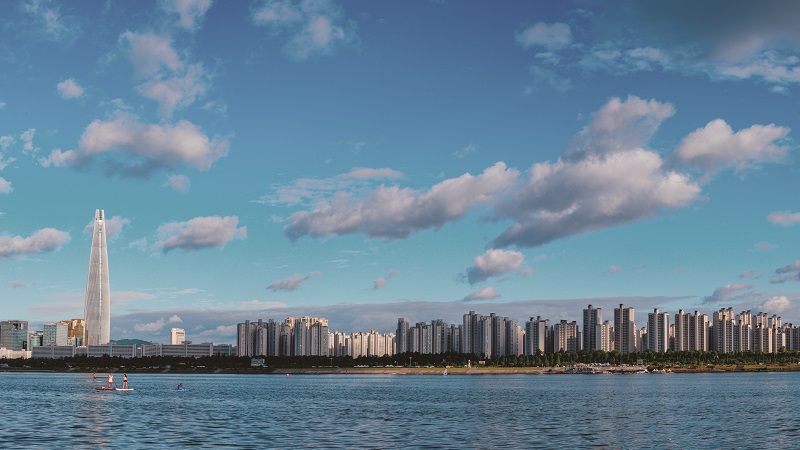 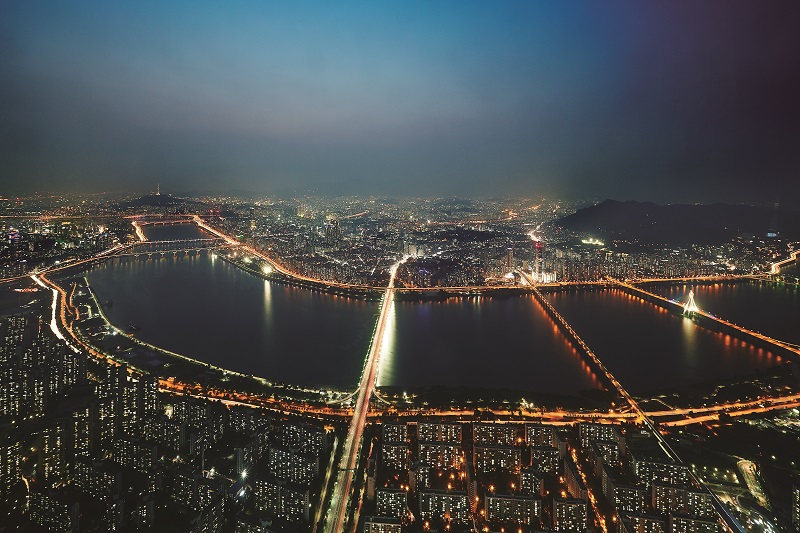 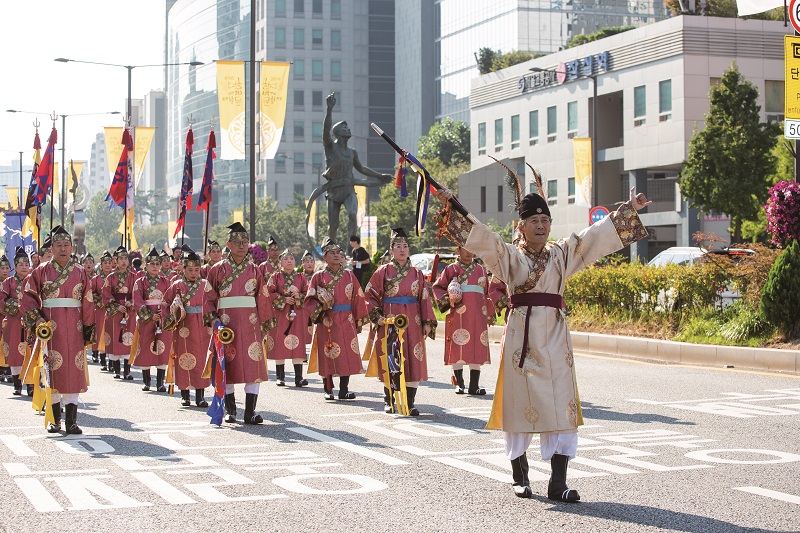 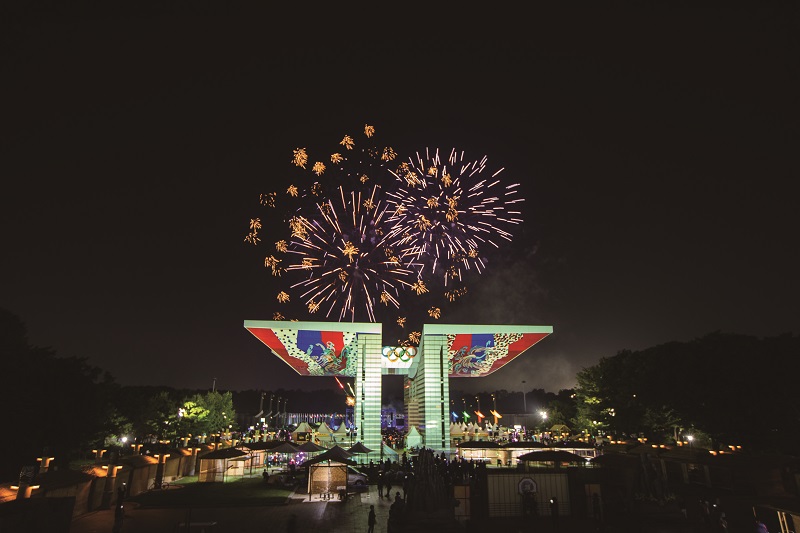 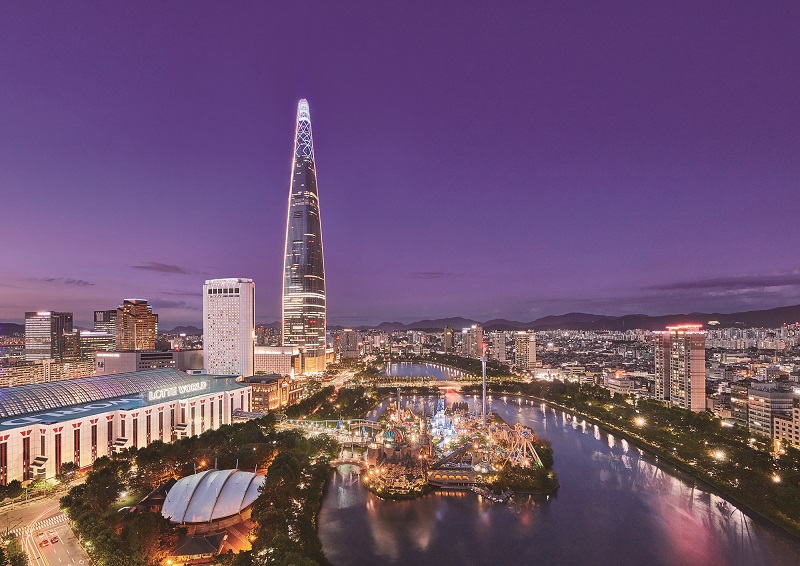 Songpa-Gu, one of the 25 autonomous districts of Seoul, is located to the south-east of the capital and has a population of around 647,000. It has been nicknamed the ‘City of Water’, as it is surrounded by the Han River, alongside the Seongnae, Jangji, and Tan Streams.

Songpa was the centre of the 1988 Seoul Olympic Games, which became a defining feature of this area’s character. The World Peace Gate at the entrance to Olympic Park is a permanent reminder of the games. Olympic areas have since been transformed into concert and sporting facilities that attract visitors all year round.

Songpa also has 140 parks, which is the most among Seoul’s districts.

In 2009, the Songpa district won the Livcom Awards of United Nations Environment Programme for the most liveable city. Additionally, Songpa is considered by the United Nations World Health Organisation (WHO) as one of the world’s safest cities.

In February 1995, Christchurch and Songpa became sister cities at the suggestion of New Zealand’s Honorary Consul to Korea, Clyde Sugden.

Since the relationship’s inception, multiple sporting, education and cultural exchanges have taken place.

Songpa has generously contributed annually to scholarships for students learning at Christchurch Korean School, and to the maintenance of the Sister City Garden at Halswell Quarry Park(external link) - which includes cultural objects they have donated to the Garden. 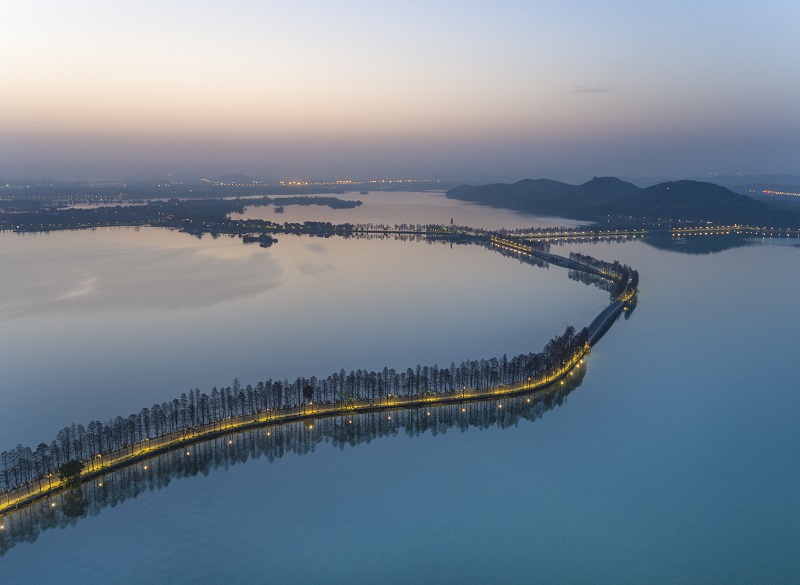 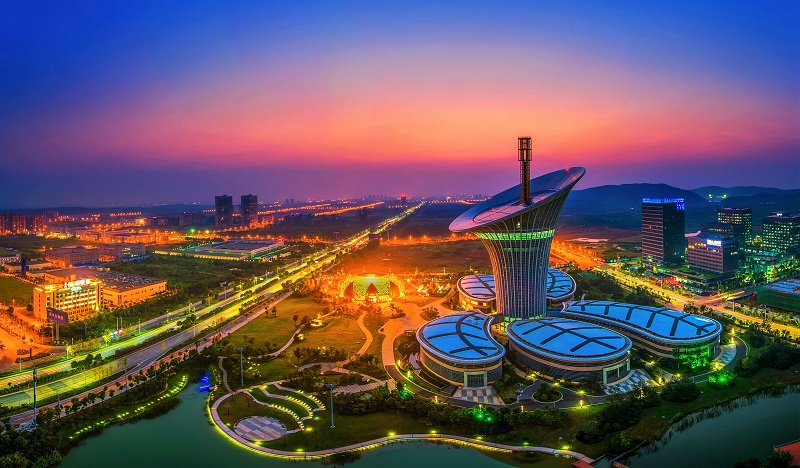 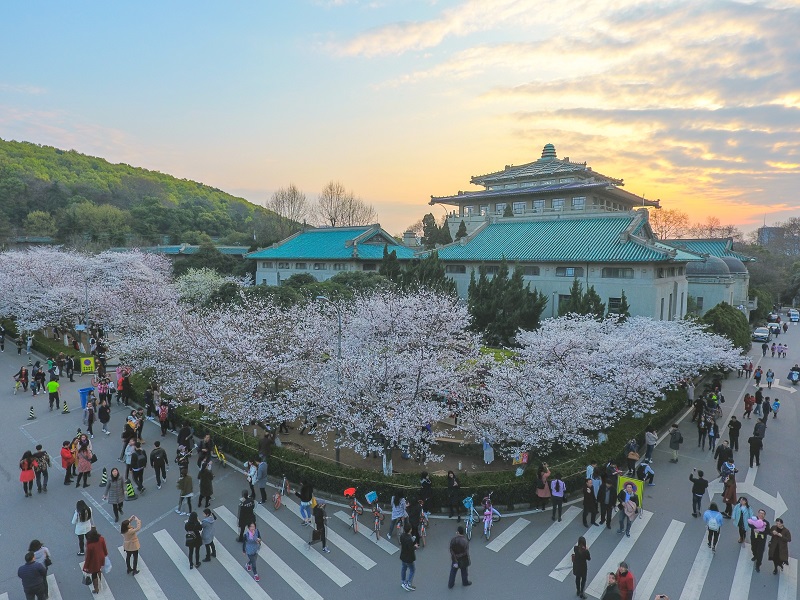 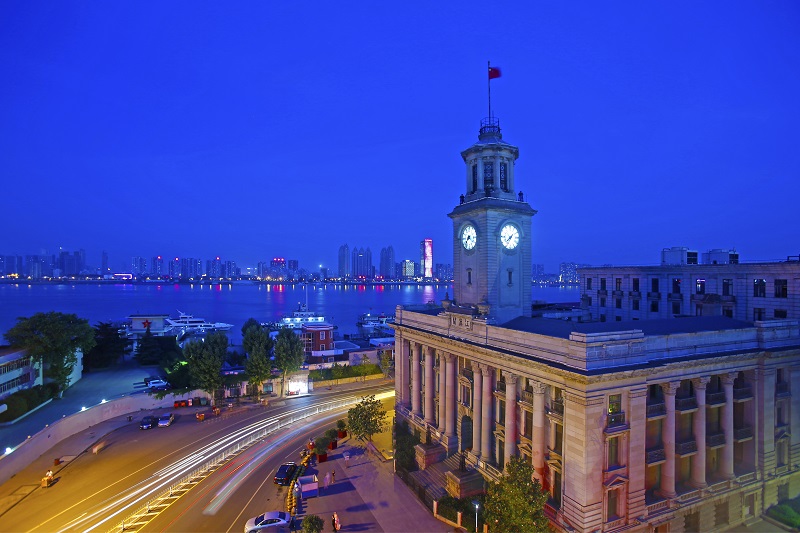 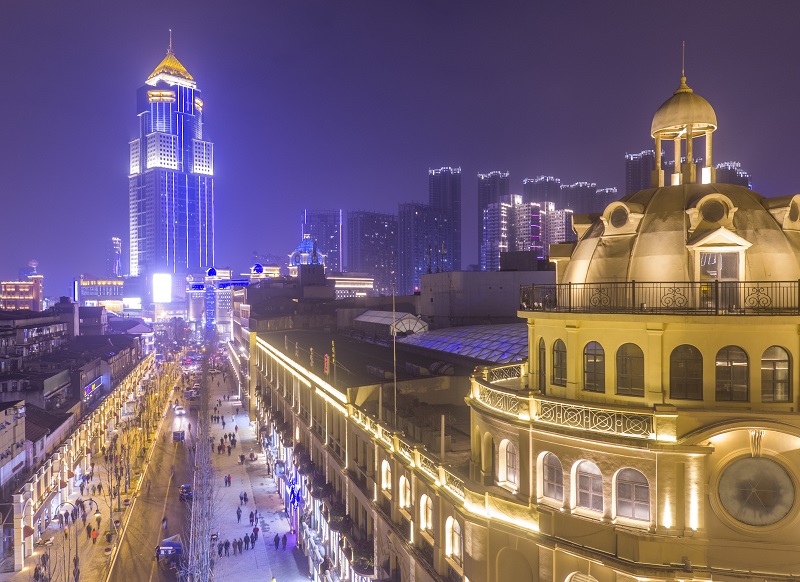 Wuhan, a megacity with 12 million inhabitants, is the capital of Hubei Province in central China. Known as the ‘River City’, due to its location at the intersection of the Yangtze and Han Rivers, 26.1% of Wuhan’s urban area is covered by water, including 165 rivers and 166 lakes.

The city has the third-highest number of colleges and universities in China and is consequently regarded as an important science and education hub.

Wuhan also possesses a strong commercial and industrial base, with automobile production and high-tech enterprises laying a major role in the city’s economy.

Wuhan is also officially designated as both a National Garden City and National Forest City, renowned for its plum blossoms, cherry blossoms, lotus flowers and rhododendrons.

Christchurch and Wuhan became sister cities in April 2006, and have since maintained an active relationship through educational exchanges, business delegations and Mayoral visits.

Christchurch received a delegation from Wuhan in August 2015, during which Mayor Lianne Dalziel and Provincial Party Secretary Li Hongzhong signed a Memorandum of Understanding marking the partnership.

A Christchurch delegation led by Councillor Mike Davidson travelled to Wuhan in October 2018, attending the Forum on Global Production Capacity and Business Cooperation.