This large reserve follows a natural river corridor. It's a great place for walks and picnics and is conveniently located in an urban area. 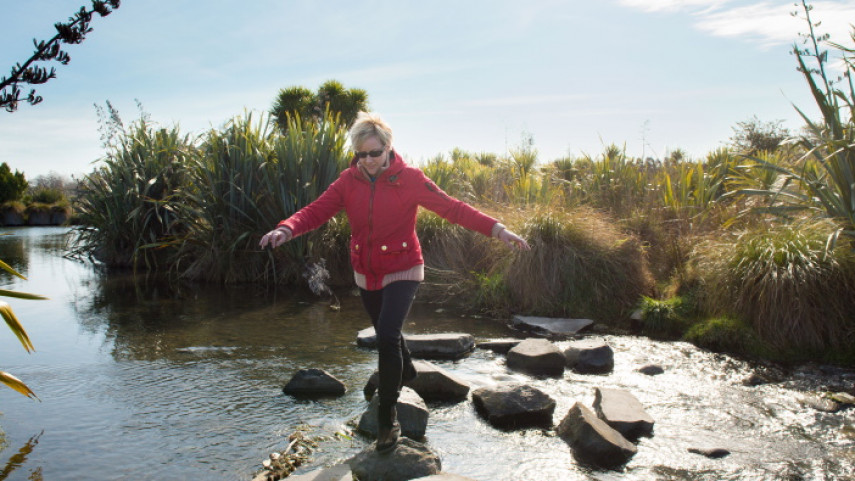 Styx Mill Reserve is near Northwood and has entrances off both Styx Mill Road and Husseys Road.

There is plenty of car parking at both entrances.

A fenced dog exercise area allows dogs to run off the lead.

Dogs must be on a lead on the walking tracks.

Public toilets are available near the Husseys Road car park.

There is one bookable picnic space at Styx Mill Reserve. To help with making your booking you can:

Then contact us to check availability and make a booking.

Please be aware that if you are arranging a publicly advertised gathering of more than 50 people you may need an event permit. The extensive wetlands and easy access to the sea made the Styx an important area for mahinga kai (food gathering) and for the cultivation and harvesting of flax, kiekie, raupō by local Māori.

Wetlands were often divided into sections that would be carefully tended to by a hapu/clan or whanau/family. Food gatherers would then distribute to the community which would result in strong relationships between families.

Food collected in the area included koreke/quail, duck, eel and pānako (a species of fern) as well as the cultivation of turnips and potato. The Pūharakekenui river provided tuna/eels, kanakana/lamprey and waikōura/freshwater crayfish.

In order to safely cross the Pūharakekenui/Styx River, sticks were laid out to mark safe passage on firm ground. It is possible this is how the river received its English name, the spelling change to reflect the mythical Greek river 'Styx' occurring during the 1860s.

During European settlement the area was used for a number of purposes including sheep farming and milling. The river was used to drive waterwheels and provided an important source of power for sawmills and flaxmills. While not much is known about the mill at Styx Mill or what it produced, it changed to be a flour mill in 1861 because the land was so good for growing wheat.

By the time the First World War came along, milling had ceased on the site.

The Styx Mill Conservation Reserve area came into public ownership in the 1970s with development beginning in the 1980s. Community involvement began with the 'Styx River Happening' at Spencer Park in March 1999 and resulted in the formation of the Guardians of the Styx Charitable Trust(external link). A sub-group, the Styx History Group(external link) researches the history of the river and its surrounding area, with a primary focus from 1850.

The low lying wetland reserve is of high ecological value and retains a significant amount of native vegetation that is locally uncommon. The Pūharakekenui/Styx River has a number of native species that pass through the catchment and out to sea. Research suggests that during the 1850s, about 39 different species of birds would have resided in the wetland but European settlement displaced 19 of these over time. Recently, with an improving habitat and wider displacement of birds due to urbanisation, a number of species have returned to the reserve.

Historically, the Styx Mill basin was also a natural flood retention area due to the surrounded river terraces and ground water that is close to the surface. This function continues today.

Get involved in your local or favourite park!

Community interest in the whole Styx River catchment is represented through the Guardians of the Styx(external link).

Keep an eye on our volunteering page for special events.