The Tree and Urban Forest Plan will provide a long-term vision and strategy to maximise the health and sustainability of the city’s urban trees and forests and the benefits we receive from them. Christchurch is a green city with a resilient, sustainable and healthy environment where a mix of native and exotic plant communities reinforce the Garden City identity and supports local biodiversity. Trees provide a range of social, environmental, cultural ecological and economic benefits and services that enrich the quality of urban life:

Our city's trees are living breathing parts of our community. They bring us shade in the warm months, shield us from the cold in the winter, and provide fresh air for us to breathe all year.

Trees use light energy from the sun to convert carbon dioxide and water into glucose and oxygen.

This process is called photosynthesis. Oxygen is released into the atmosphere through the leaves. 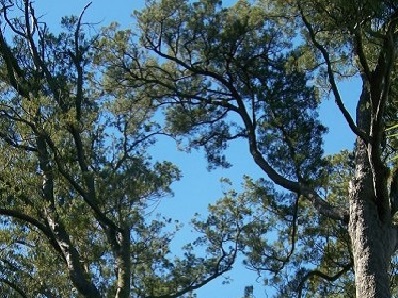 Through the process of photosynthesis, trees remove carbon dioxide, nitrous oxides, sulphur dioxide, carbon monoxide and ozone from the atmosphere.

Trees remove carbon from the atmosphere and store it in their leaves, branches, roots and trunks.

Trees also act as filters to remove particulate matter from the atmosphere.

Particulates that are greater than 2.5 microns and smaller than 10 microns in diameter (PM2.5) are easily inhaled and cause damage to the heart and lungs.

Trees can remove particulate matter from the atmosphere by capturing it on their leaves, contributing to the quality of the environment and public health. This is known as the urban heat island effect and is a recognised problem worldwide. Urban heat islands result from a complex built environment with a high density of human activities.

Trees cool the city and restrict unwanted weed growth in waterways by intercepting ultraviolet rays and transpiring water from their leaves. Trees manage stormwater ﬂows through their canopies and root systems.

The canopies intercept rainfall, and root systems act like sponges by soaking up water which is then taken up to be used by the tree during its growing processes. The bigger and healthier the root systems the more stormwater is managed.

Healthy trees help reduce the nitrogen, phosphorus and heavy metal content in stormwater. Numerous studies have been undertaken to evaluate the potential for using street trees as elements of a stormwater system.

Trees also reduce erosion by protecting soils from the impact of heavy rain, binding soil on slopes and river and stream margins, and up-taking and processing excess ground moisture.

Habitat for flora and fauna and increased biodiversity Trees also provide habitats for other plant life. This includes parasitic plants that live directly off the tree by feeding on it or epiphytes which use the tree as support.

Trees can also create a protective environment that allows the growth of plants that would otherwise not be there e.g. shade dwelling or frost tender plants. Conversely, some trees can also discourage other trees and plants from establishing in close proximity by creating too much shade, using up available nutrients or they may have allopathic qualities.

Trees contribute to overall plant biodiversity as well as indigenous and endemic biodiversity. A measurable return on investment Extending the life of roads

Asphalt streets contain a mix of aggregate, binder, and asphalt cement, which is laid on top of compacted material.

As surface temperature rises, the binder evaporates and breaks down and the surface begins to harden. Surface hardening makes it easier for cracks to form. If not treated small cracks lead to big cracks and allow water to penetrate and weaken the compacted base material beneath.

As the cost of constructing and repairing roads increases, there is a need to protect the City’s investment. Better surface performance translates into reduced maintenance and repair costs and therefore reduces total life cycle costs. Trees add beauty and character to urban areas by adding colour through their shapes, flowers and foliage, softening hard surfaces, providing shade, shelter and birdlife and generally contributing to the liveability of an area.

Healthy trees planted in streets enhance neighbourhood aesthetics and have been proven to increase property values. It is estimated that properties in tree-lined streets are valued around 30% higher than those in streets without trees.

Increased patronage and spending in retail and commercial areas

Studies overseas have demonstrated that a large and well cared for tree canopy within retail and commercial areas promotes positive consumer perceptions and behaviour.

Consumers surveyed in these studies say that they are prepared to travel greater distances to visit a well treed retail or commercial area and are willing to pay more for goods and services than they would otherwise pay at areas that do not have a mature, high-quality tree canopy. Christchurch is the hub of tourism in the South Island. Visitors are drawn by our Garden City identity. Research shows that ‘The Garden City’ fits with Christchurch’s product and is the most recognised City identity in New Zealand.

There is a large amount of evidence that now demonstrates that exposure to nature in the form of trees, grass, and flowers offers positive interactions that generate extensive physiological, social, and mental wellness benefits that can help alleviate the burden on national health systems.

In some studies it has been suggested that a view of green space, including trees, can also encourage hospital patient recoveries, reducing the amount of time spent in hospital.

Views of green environments also have an impact on workplace productivity. One study found that workers who did not have a nature view from their desks had 23% more sick leave than those workers who had views of nature.

Because trees are woody biomass they provide an affordable source of renewable energy when harvested. Trees grown for production forestry are sold for export as logs, pulp or processed timber or can be used for carbon credits.

Urban trees and vegetation have many positive benefits for the community by providing and allowing daily interaction with nature. Speciﬁc benefits include: Trees contribute to the liveability of Christchurch by naturalising and humanising built environments through softening hard surfaces and harsh outlines of buildings, complementing building development, and screening unsightly and undesirable views. It is estimated that a person standing in direct sunlight takes 20 minutes to burn however when standing underneath a tree that provides 50% dappled shade the burn time increases to 50 minutes with a further increase in burn time to 100 minutes for a tree that casts full shade.

In the past trees have been viewed as traffic hazards due to their close proximity to the road and their immovability. There have been calls to only plant trees that are frangible – trees that, when mature, only grow to around 100mm in diameter so they will break if hit by a vehicle. More recently trees and roadside landscaping have come to be seen as aiding traffic and pedestrian safety:

Cultural, food production and medicinal use

Trees have also been used as symbols or to commemorate historic occasions, special events or people.

Trees have also been used as way finders to guide travellers and as meeting places.

Use the Otautahi-Christchurch ecosystem map to find information about the soil types and historic indigenous vegetation of the city. This resource is useful for both backyard planting, school projects and community planting projects. 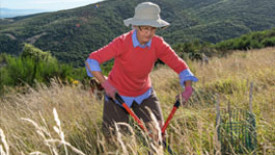 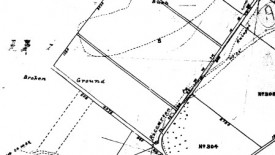 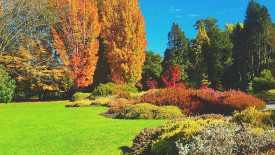