Find out more about some of the fountains we have here in Christchurch. 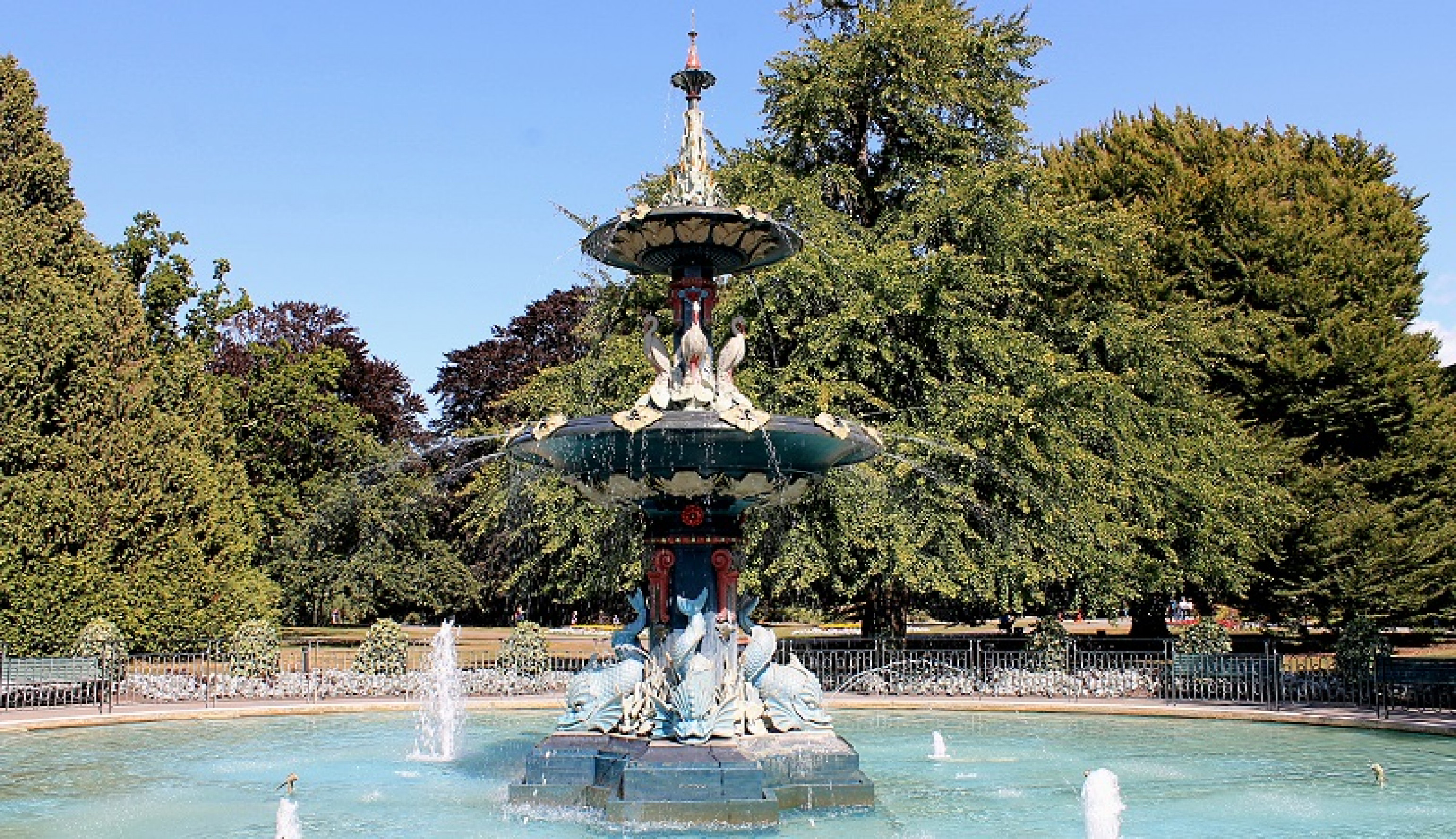 An octagonal spray and water curtain fountain set in large pool, The H.L. Bowker Fountain has been part of the Victoria Square complex since 1931. Funds for a fountain were gifted to the City by Henry Layton Bowker (1840-1921), an early settler and city businessman whose office overlooked Victoria Square.  A bronze plaque is set on the main body behind water the curtain and details the fountain's provenance.

Designed by Victor Hean, the fountain was the first illuminated electric fountain in Australasia when it was constructed in 1931 and sits on the site of the former animal pound.

The fountain is currently undergoing restoration and will return to its home in Victoria Park upon completion.

Information about the fountain in the Botanic Gardens on Armstrong Lawn adjacent to Canterbury Museum. 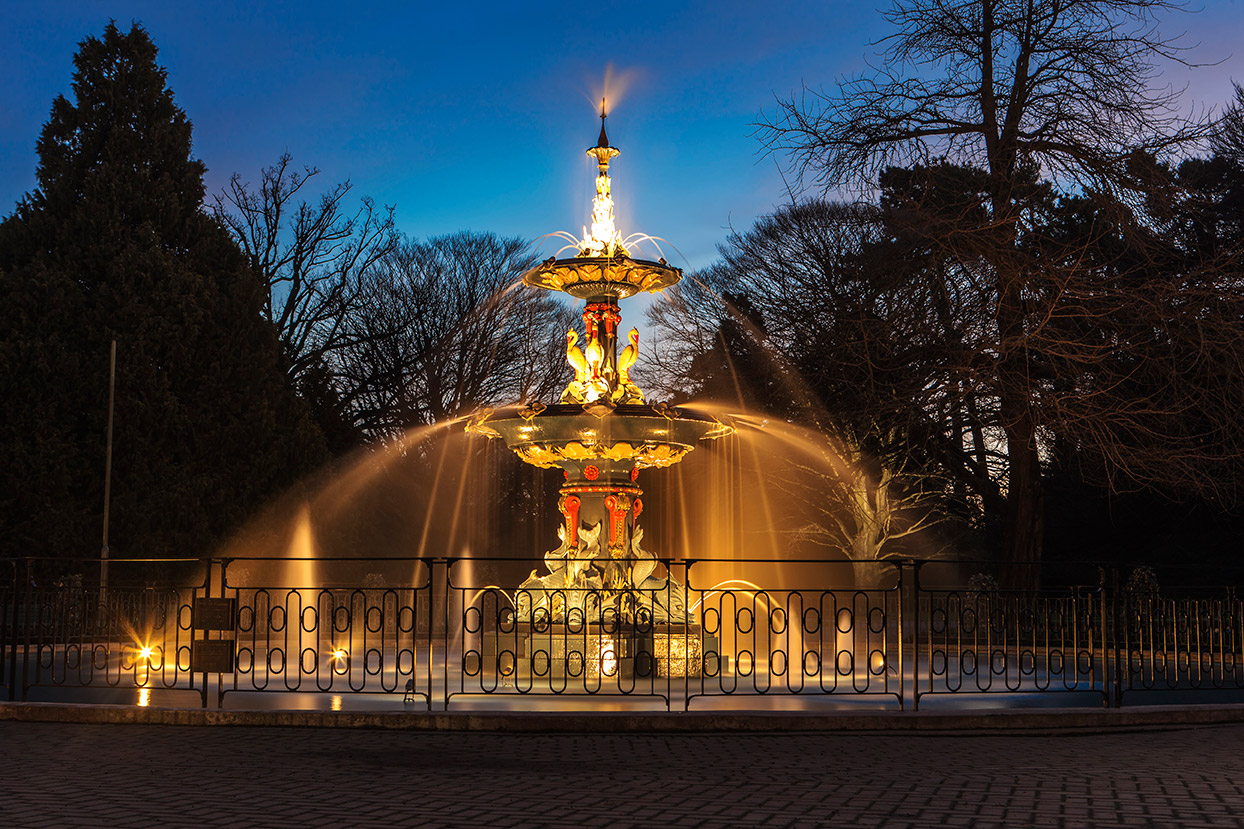 This highly ornate three tier cast-iron fountain is set in large circular pool. A rare example of this type of Edwardian design, the fountain stands 7.6 m tall and is decorated with dolphins, herons, lily leaves and foliage.

In 1905, wealthy business man John Thomas Peacock left a generous bequest to the Christchurch Beautifying Society "for the purpose of beautifying the reserves and gardens in the city". The society decided to use the money to purchase a fountain for the Botanic Gardens and chose Iron Fountain Design No.38 from the Coalbrookdale Foundry in Shropshire, England. Coalbrookdale Foundry was famous for selling kit set ornamental furniture for gardens. Design No.38 contains components designed by eminent British sculptor John Bell.

Erected in 1911, adjacent to where the Robert McDougall Gallery now stands, the fountain drew mixed opinions with members of the art elite calling it "over-blown Edwardian bloom" and comparing it to "the gaudy decorations used by travelling showman to embellish their merry-go-rounds".

Moved to a new spot on the Archery Lawn a few years after its installation, the fountain was later dismantled and put into storage in 1949 due to ongoing maintenance issues.

Despite its apparent unpopularity with the art community, public support for the fountain's restoration in the Botanic Gardens rallied during the 1980s and 1990s. In 1994 restoration work began which involved recasting 158 of the 309 pieces, cleaning, earthquake strengthening and painting before it was recommissioned by Mayor Vicki Buck in 1996. The work of volunteers was instrumental in its restoration.

While the form and colours have caused contention over the years, the Peacock Fountain is an icon for many Cantabrians and is seen by many as being an integral part of the Botanic Gardens.

It is historically significant as one of only two Coalbrookdale fountains in New Zealand. The second is the Falconer Fountain which can also be seen in Christchurch, housed in the Mona Vale lily pond.