We’d like to hear what you think about a proposal to lease an area of Elmwood Park to the Old Boys Collegians Cricket Club for cricket practice nets. 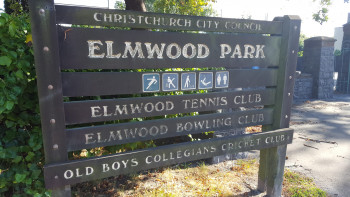 The Club applied for a new ground lease for both its pavilion and cricket nets last year. At its meeting on 12 August 2019, the Fendalton-Waimairi-Harewood Community Board approved the ground lease for the construction of a new pavilion to replace the Club’s earthquake-damaged pavilion. However, the Community Board did not approve the lease for the cricket practice nets and asked the Club to meet with the community to discuss the scale and use of the nets.

We held a community meeting on 5 September 2019 to discuss the nets. The Club’s proposal was then returned to the Community Board meeting on 9 September 2019. The Community Board decided not to grant the lease at that time and requested that Council staff consult further with the Club and the community about the size and location of the proposed cricket practice nets.

Talk to the team

Unfortunately the drop-in we had planned for Tuesday 24 March at the cricket pavilion has been cancelled. The heath and wellbeing of our residents is important to us. We're following the Government's advice and guidelines about Coronavirus (COVID-19) and are taking a precautionary approach to public meetings and gatherings. However, we are very happy to answer any questions you might have or discuss the project in more detail either by phone or email. 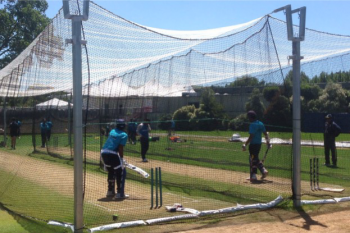 An example of how the retractable cricket nets would look.

Taking into consideration feedback from some local residents that the initial proposal for the nets was too dominating and obtrusive for the park setting, the Club came back with a new proposal for nets that have an astro-turf base, with retractable netting that can be halved in size during the off-season (1 April - 31 August).

These nets would run parallel to the tennis courts on the eastern side of the park. They are set away from residential properties to reduce noise for neighbours.

The land lease is the same size as originally requested – 518sqm – as this is the area proposed to be astro-turfed. However, the permanent net structure will be 18m in length, with the remaining 19m able to be retracted and removed during the off season (1 April - 31 August). 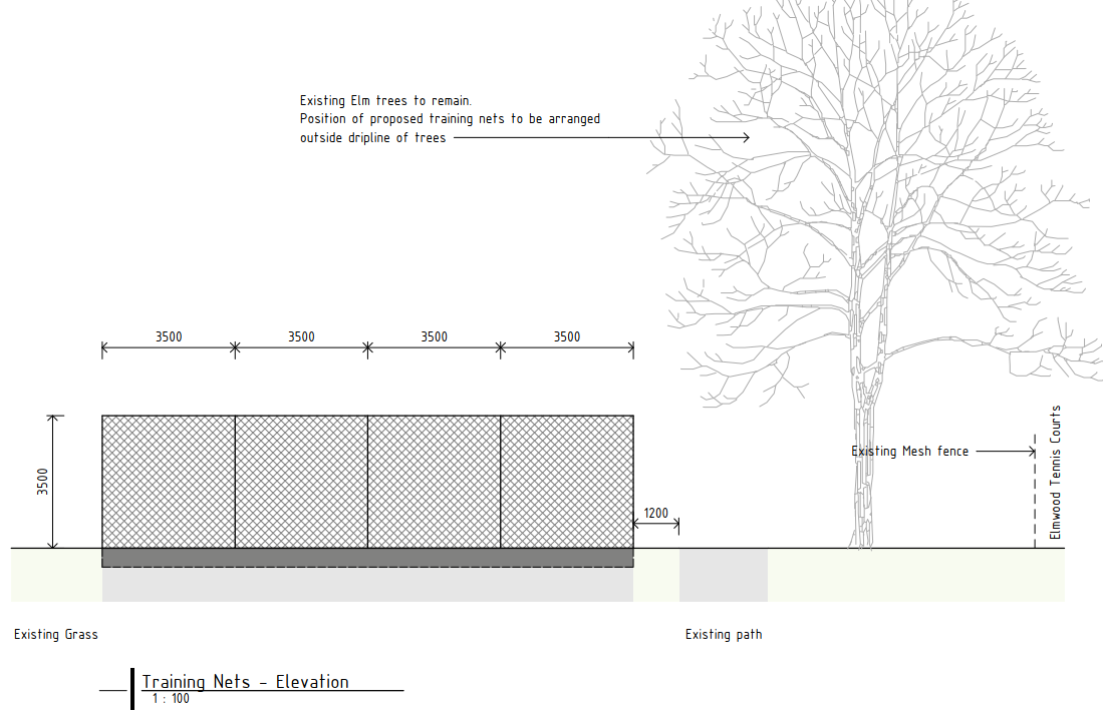 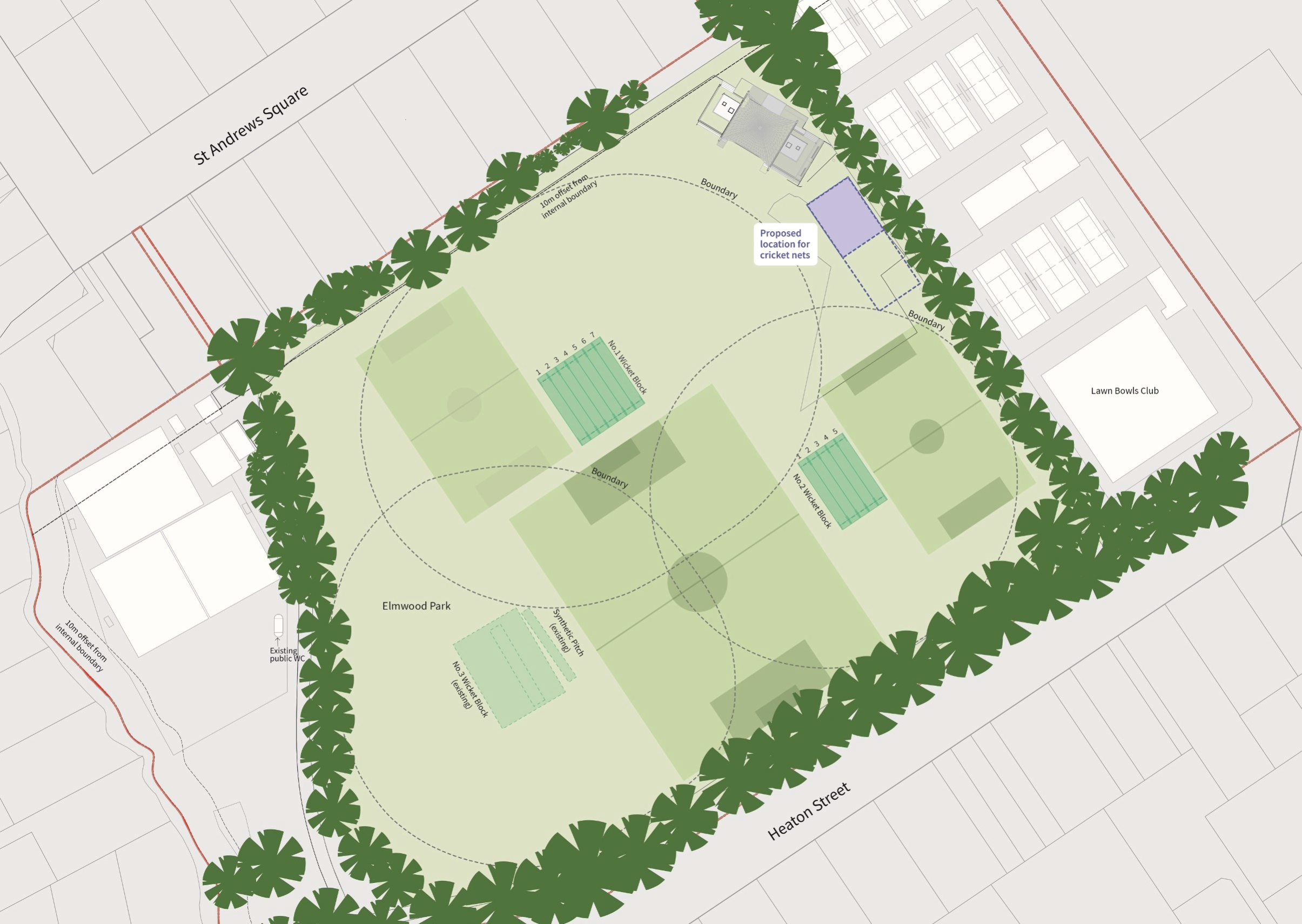 Options that were considered but not progressed

In addition to the retractable nets option, the Old Boys Collegians Cricket Club investigated five other options for the location of their cricket practice nets – two options that were part of the original consultation last year, and four new options. These five options were not progressed any further as they proved to be unfeasible.

This was the original option that went out for consultation in April/May 2019. The nets would be fully enclosed so they would be safer for park users than the existing open-ended nets. However, neighbours immediately next to the park indicated in their feedback that they did not support this location. This location was also not preferred by the Croquet Club. For these reasons, this option was not progressed.

This is the second option which was proposed following public consultation in April/May 2019.  It takes into consideration feedback received as part of the consultation. Having the fully enclosed nets next to the tennis club rather than residential properties meant there would be less noise for immediate neighbours. This position is outside the boundaries of the cricket fields and would also not impact on the football fields in winter.  However, some residents indicated concern over the size and scale of the nets, their impact on the park’s amenity and possible effects of shading on the path. For these reasons, this option was not progressed.

This option puts the nets right up against the fenceline on land in the northeast corner currently used by the temporary portacoms and existing cricket pavilion. This location is likely to impact on the immediate neighbours. It also does not meet the requirement in the District Plan for a 10m setback from the boundary fence, which would mean a Resource Consent would be needed. Even if a Resource Consent was granted, Option 3 would alter the layout of the already approved pavilion lease, pushing it five metres into the park. Moving things even five metres would impact on the layout of the cricket and football fields. For this and the other reasons stated, this option was not progressed.

Similar to option 3, this option proposes that the fully enclosed nets be placed east-west along the northern boundary but with a 10m setback from the fence, adjacent to the location of the current portacoms and the existing cricket pavilion which are to be removed. This location would still likely have a noise impact on the immediate neighbours and would mean the path would need to go behind the nets. It would also require the new pavilion to be moved 15m to the south.  This would affect the already approved pavilion lease, and would have a significant impact on the layout of the cricket and football fields. For this and the other reasons stated, this option was not progressed.

This option proposes that the cricket nets be located in the southern part of the park, on land currently leased to the Croquet Club. This would reduce the nets’ visual impact on the park and would locate them well away from the cricket and football field boundaries. There would be an opportunity to increase the size of the nets, given that this option would require the Croquet Club to give up one of their four rinks, regardless of whether the existing size of 518sqm or larger was proposed.  However, this option is not supported by the Croquet Club, who currently have an exclusive lease of this area. 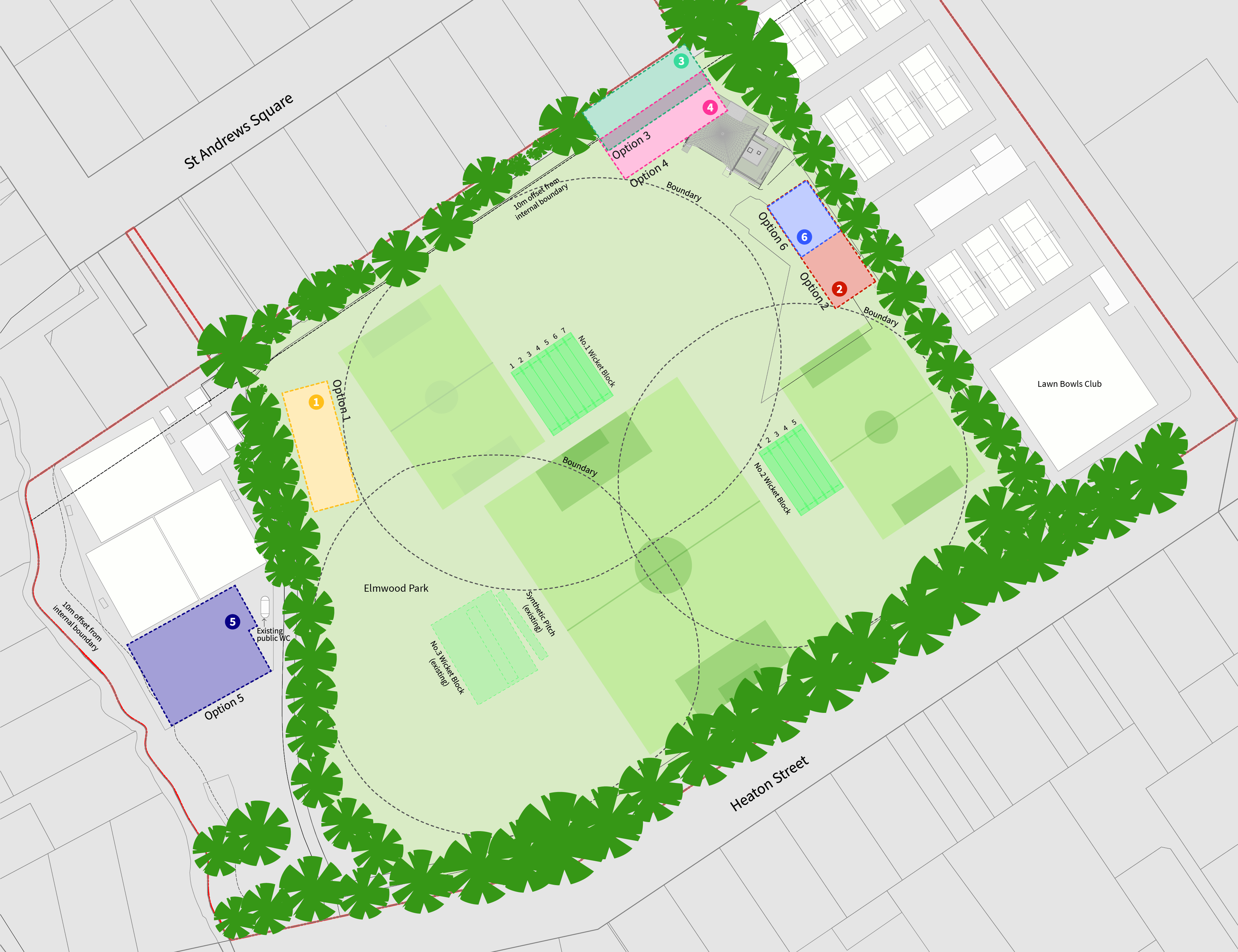 All options - considered but not progressed 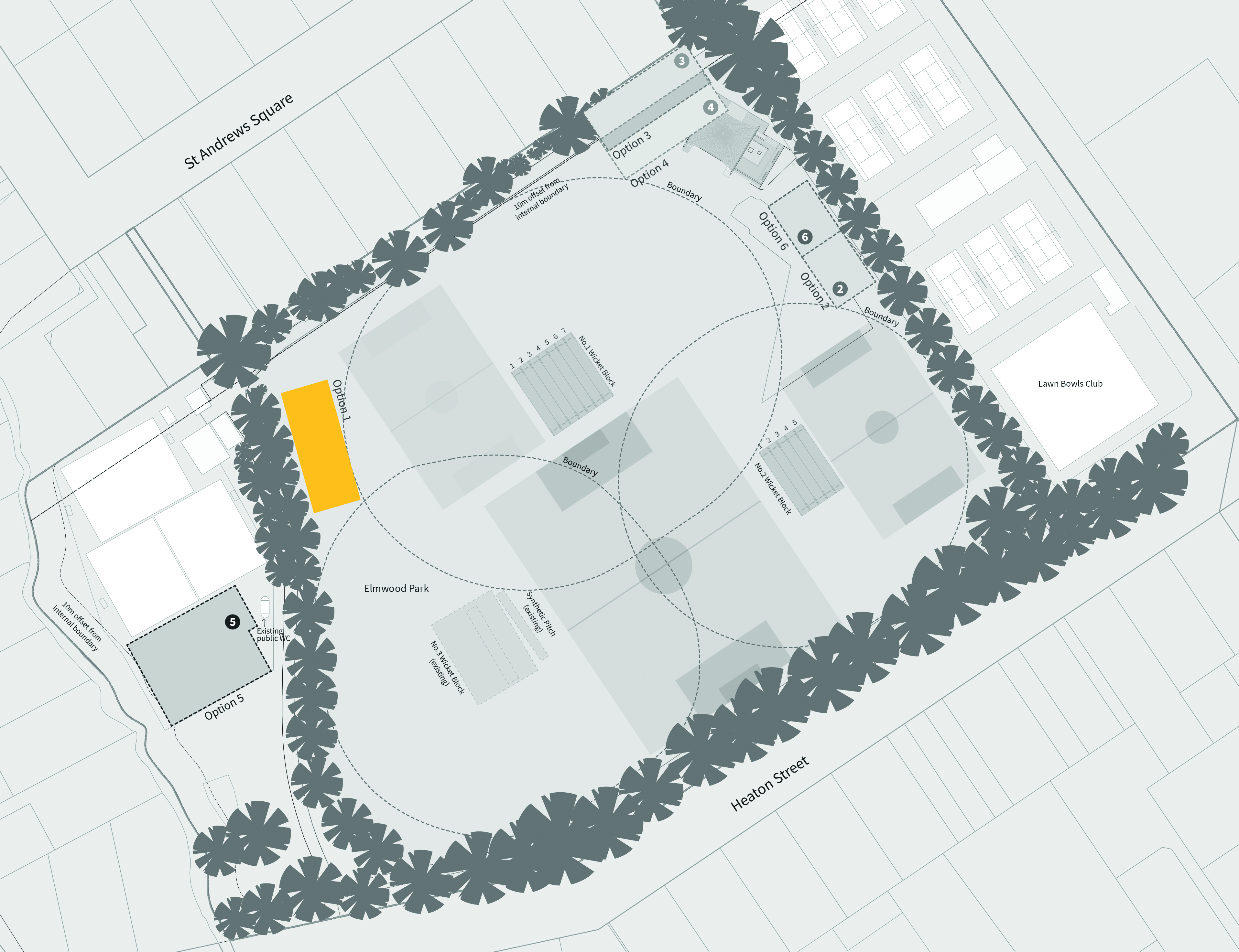 Option one - considered but not progressed 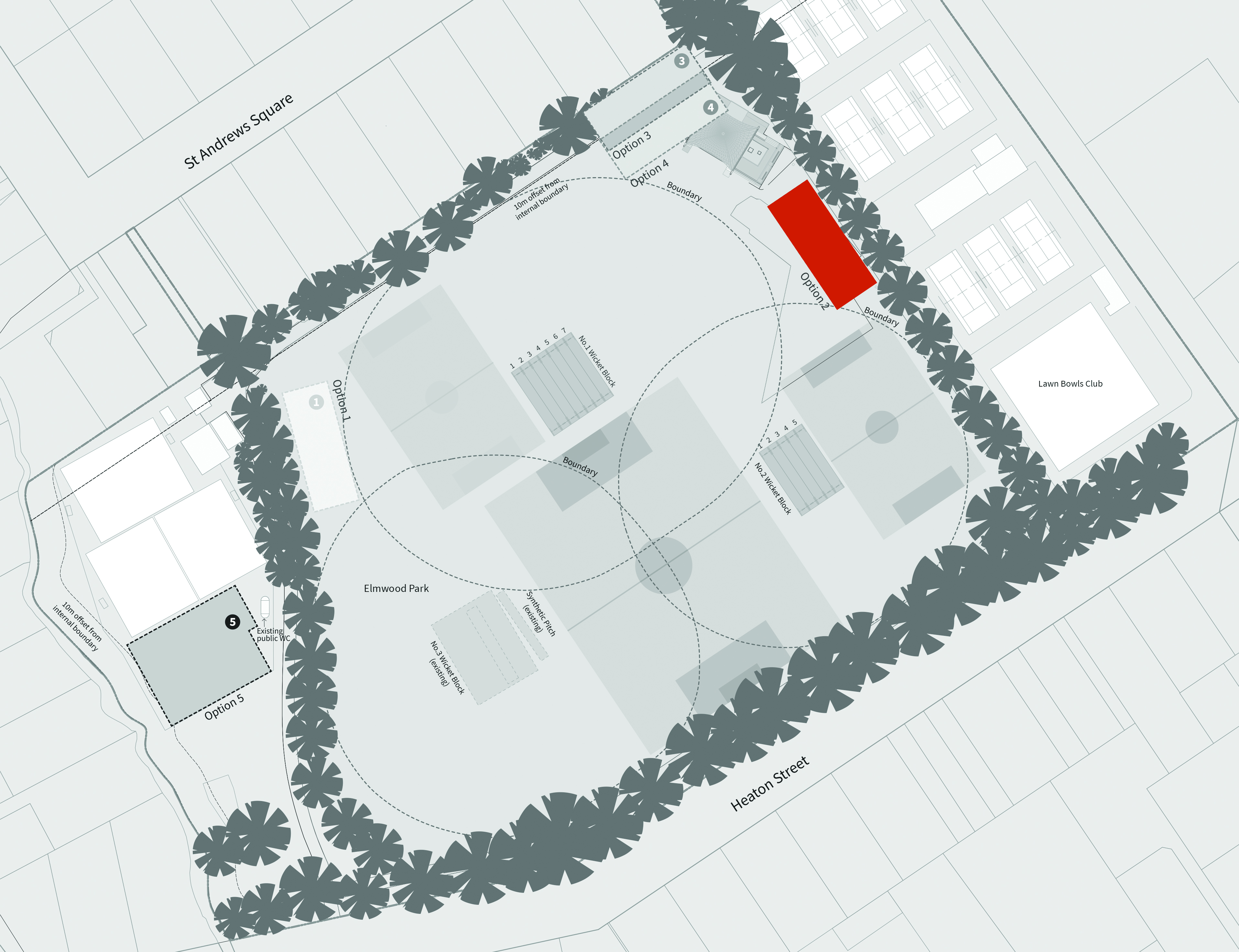 Option two - considered but not progressed 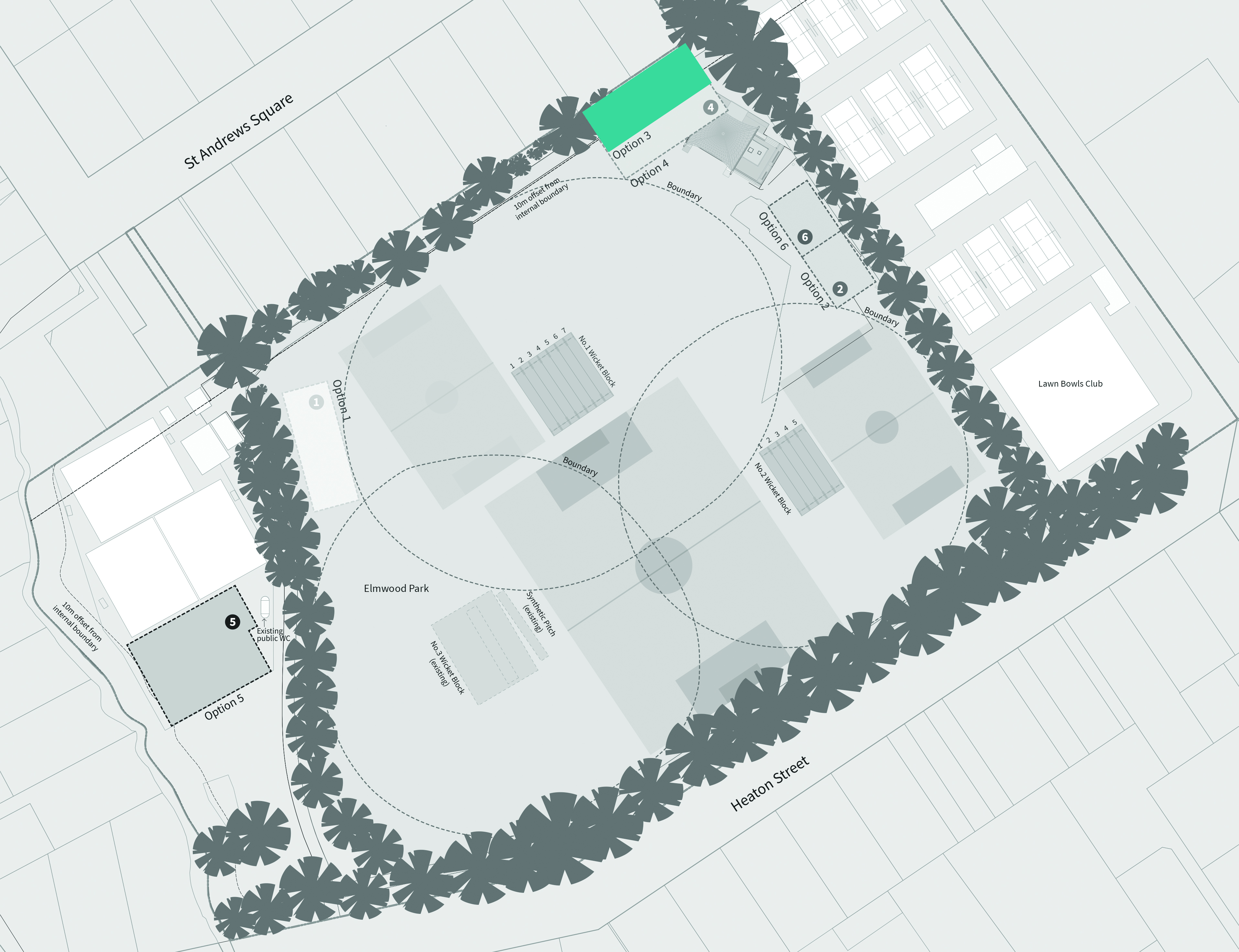 Option three - considered but not progressed 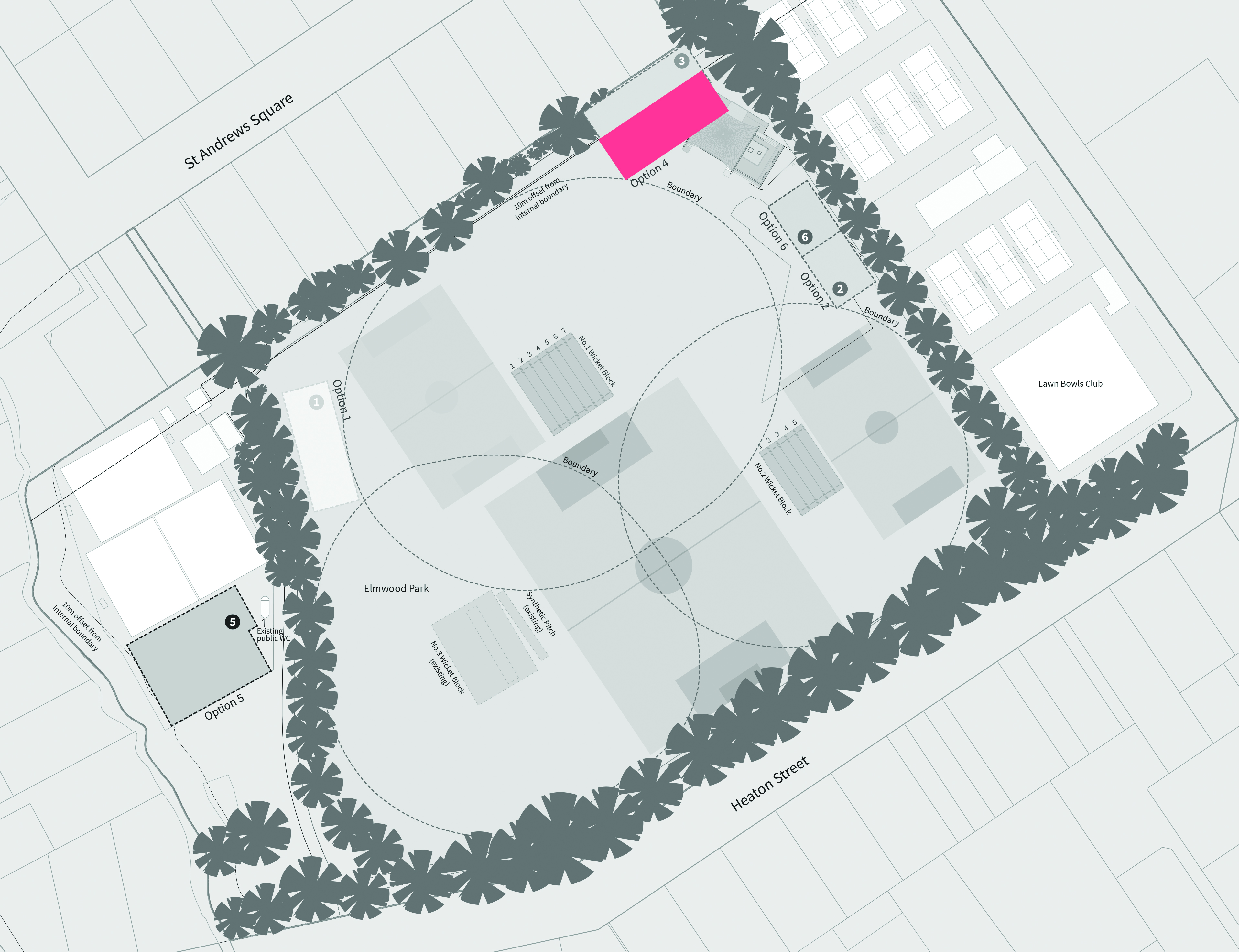 Option four - considered but not progressed 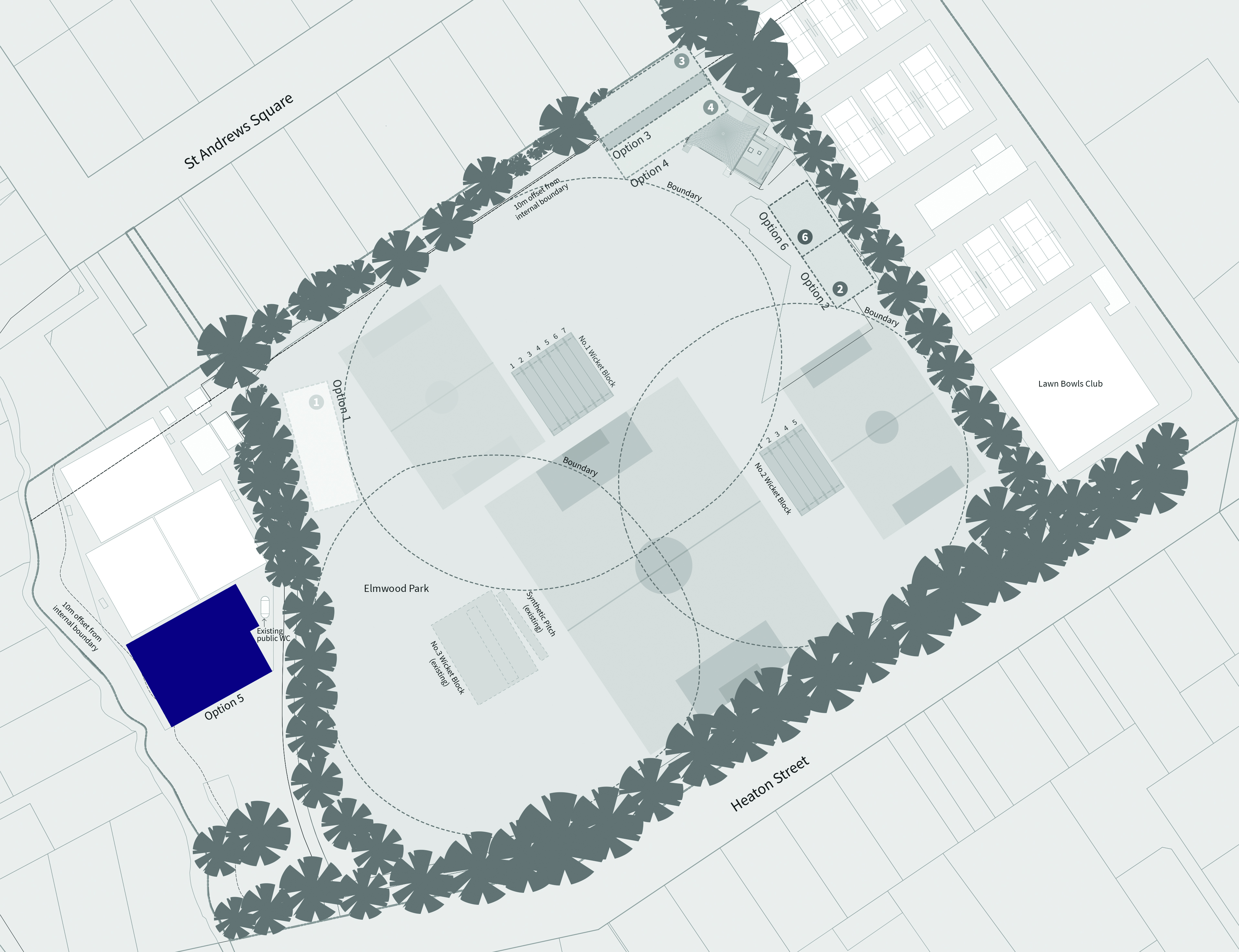 Option five - considered but not progressed