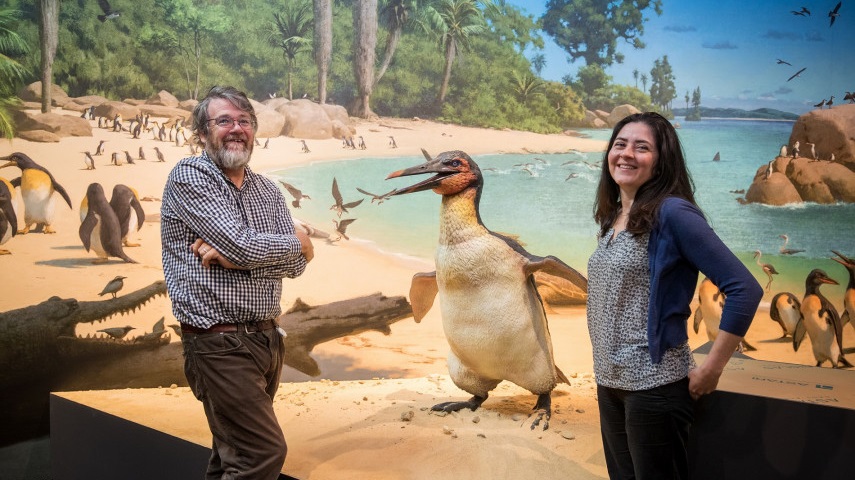 Get up close to life-sized models of New Zealand’s lost monsters and learn how scientists are using fossils to uncover this land’s tropical past. Discover the fossils. Meet the monster birds. Explore New Zealand's tropical past.

More than 60 million years ago, shortly after the dinosaurs became extinct, giant penguins swam the warm oceans around the ancient subcontinent of Zealandia.